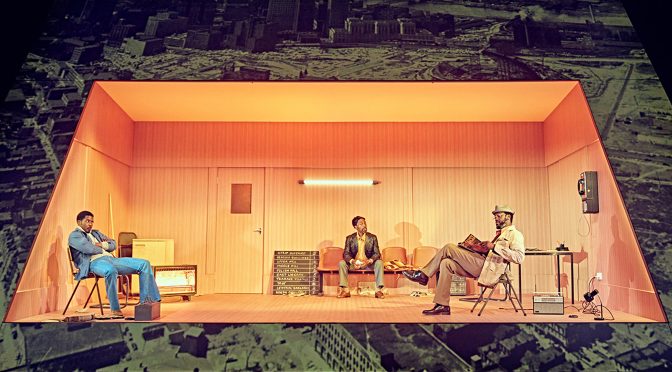 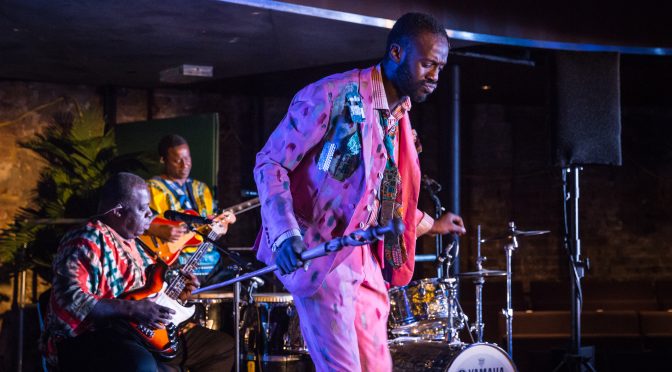 Adam Brace’s new play looks at the troubles of the Democratic Republic of the Congo, and its first achievement is not to make the awful history, and terrible current conditions, overwhelming. A politically charged piece, its masterstroke is to set debate in the UK. The characters include a violent fighter against the Congolese government, performed with charisma and intelligence by Richie Campbell, and those working to help their home country, with the lead campaigner given appropriate dignity by Anna Maria Nabiyre. The point of conflict is a Congolese festival, organised by a well-meaning PR, Stef, who co-opts her former boyfriend (a great role for Richard Goulding). ‘Congo Voice’ is to be an awareness-raising, ‘non-political’ but PC-riddled arts event. Disaster, predictably but entertainingly, ensues.

Brace’s play is well constructed and director Michael Longhurst has done a smart job. We are in PR land with some comfortable satire and good jokes. The audience is forgiven potential ignorance surrounding the DRC and there’s a potted history to get us up to speed (thank you). Best of all is the well-written heroine; sharp as a knife, and a brilliant role that Fiona Button excels in. I fell for her totally.

Naturally things get grim. A harrowing scene, set in the Congo, is necessary if difficult to watch. And we get a flashback that fills in Stef’s story swiftly. After the interval, the incongruity of being back in party mode is a good twist, although violent threats to the festival lack tension. Better dealt with is the play’s grown up cynicism – healthy but never overpowering. Further comment comes from a chorus figure, a kind of master of ceremonies, who follows Stef around but is not seen by the characters. Sule Rimi (pictured top) cuts a dash in the role but it seems superfluous, possibly a kind of living Nkishi for those who study comparative religion?

It isn’t giving too much away to say Stef’s event doesn’t happen. The play has too realistic a tone to allow that. But there is a traditional festival of sorts: a Congolese wake for a father, an absent figure whose paternal influence mirrors Stef’s complex relationship with her own history. For his strong female roles, Brace roots his play in the universal of the family, bringing this complex work closer to its audience as well. He does what (little) a dramatist can, carefully manoeuvring the difficulties of a European commenting on Africa. There are faces and stories attached to this country now. Something to celebrate.