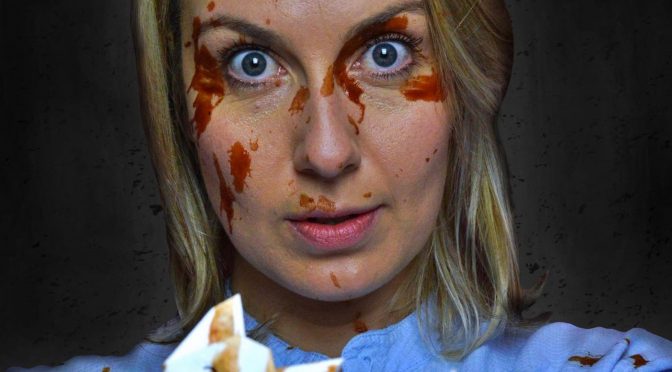 This initially intriguing show, written and performed by Gabrielle MacPherson, has the scenario of a woman imprisoned at home from a young age being interviewed in a witness questioning room. That you need to know the outline – before watching – is the first of several problems distracting from the talent and ideas on offer.

Revealing the abuse that the character of Willa has suffered is done well – it holds attention. Looking for “clues and evidence” about her life adds an investigative element akin to a thriller that has potential. But the device of Willa being interrogated ends up bizarre: there are several disembodied voices in the production (Willa has improbably recorded people from the age of six) that do little apart from puzzle.

There are too many loose ends in a script hampered by unimaginative descriptions. A little more input from the outside world is needed – even if only showing ineffective social services. More could be made of the father’s occupation as a publisher; that books are the only source of Willa’s knowledge, leading her to create a “fantasy world”, is an interesting idea. And the existence of a brother is mentioned so infrequently it is confusing.

It doesn’t help that Willa is depicted as an “adult idiot”. Maybe it makes sense that, denied socialisation, she has to assert “I am a grown up”. And MacPherson’s performance, aided by director Karis Crimson, is focused and consistent. That the character blames herself for the abuse shows insight. But the delivery becomes annoying. The infantile gestures and relentless breathlessness grates. Attempts at humour are weak. Rather than generate sympathy it makes the show a long 70 minutes.

It’s strange and frustrating that a solution is presented that could make the play more interesting. The sinister side of Willa herself, introduced in a well-played mention of her abusing a kitten, could aid considerably. But the option needs far more to prepare us for the play’s finale. We only get some creepy singing and spooky papier-mâché. Outside adds up to merely odd, when it might be much more. 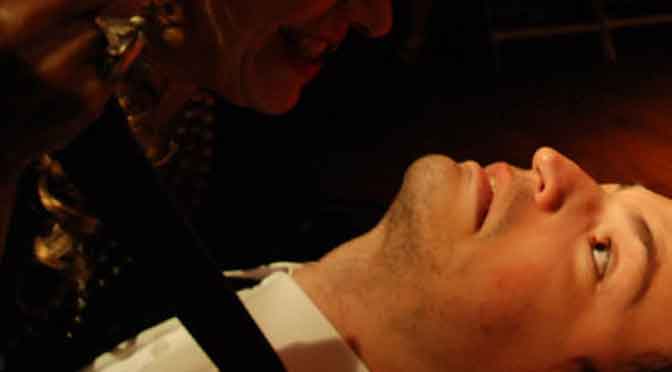 The Space is an arts and community centre in Westferry Road, a short journey from Canary Wharf. The space in question is a converted church of modest dimensions, a former Presbyterian mission built by TE Knightly, that brims with potential and is used for a variety of performances, from chamber music and classic plays to new writing.

The current production, Slay it With Music, is the UK premiere of an off-Broadway show. It tells the story of a faded Hollywood star, Enid Beaucoup, who lives just down the road from Gloria Swanson and shares a case of sibling rivalry to match Baby Jane’s. Enid’s sister Marcy is a daytime soap star and isn’t keen on Enid’s comeback in a slasher movie entitled Chop Chop. She fears that the film will remind the world about the sisters’ infamous love triangle with a hairdresser, their ‘paramour coiffure’, which resulted in his bloody murder.

With tongues firmly in cheek, Joseph Walsh’s cast have plenty of fun in Slay it With Music. Given that it would be almost impossible to ham it up too much they are on safe ground. Walsh is also the choreographer and ensures the proceedings are sharp as a knife.

Taking the star role, Andrea Miller is the unhinged, pearl-bedecked Enid. Every sentence becomes an exclamation and her evil laugh is as camp as one might wish for.  Ellen Verenieks shows admirable comedy skills as Marcie and Andrew Hayler does especially well as the butler Zachery – as waspish as they come; his devotion to the former musical star is a trait astute musical theatre lovers might recognise in their more obsessive compadres. In a murder mystery musical who knows where such obsession will lead us?

Writer Michael Colby is certainly smart enough to supply us with a twist. Slay it With Music is a tender send-up, a hommage from a fan who knows his stuff. It teems with references – so much that Paul Katz’ music seems somewhat swamped. This is very much an evening for aficionados –potentially overwhelming if you don’t get the joke. But if you are in the know – it’s to die for.

Written 28 July 2011 for The London Magazine