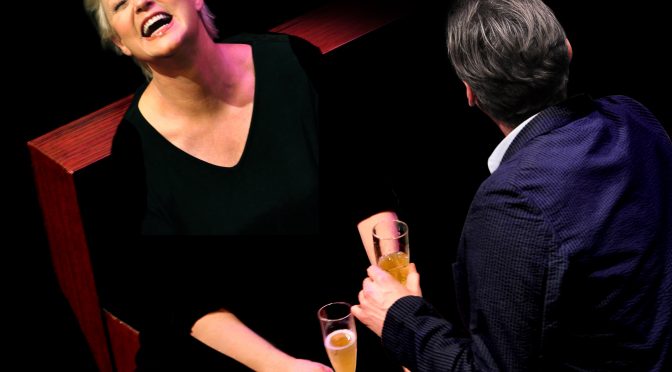 When retired school teacher Jane Juska placed a personal ad in the New York Review of Books she didn’t waste words: “Before I turn 67 – next March – I would like to have a lot of sex with a man I like. If you want to talk first, Trollope works for me.”

And so began Juska’s third-age escapades, brought to the stage by Jane Prowse in an adaptation of Juska’s bestselling memoir, that sparkles with wit and wisdom.

Sharon Gless stars as Juska, self-proclaimed ‘round-heeled woman’, a term for a lady of easy virtue it would be good to see in use more often. After many years of celibacy, embarking on a sex life is a fraught process, necessarily a little crude, but presented lightly with laugh-out-loud gags. Gless is an expert in comedy, endearing when she directly addresses the audience, and moving when she faces pitfalls.

Accompanying Gless, Jane Bertish and Beth Cordingly expertly double as her friends and, from the past, her mother and Miss Mackenzie, an Anthony Trollope heroine. When it comes to books, you can’t fault Juska’s taste, though mention of Trollope gives rise to some predictable misunderstandings.

A Round-Heeled Woman is about a search for far more than sex, though. Juska is as direct about her difficulties as a single parent and her emotional needs as she is about her libido. Her relationship with her son (Michael Thomson is wonderful) is deeply moving.

For all its bluntness, A Round-Heeled Woman has a saccharine, self-help feel that might set British teeth on edge. But Gless’s joyous performance takes this taste away and emphasises its life-affirming message in a rewarding manner.