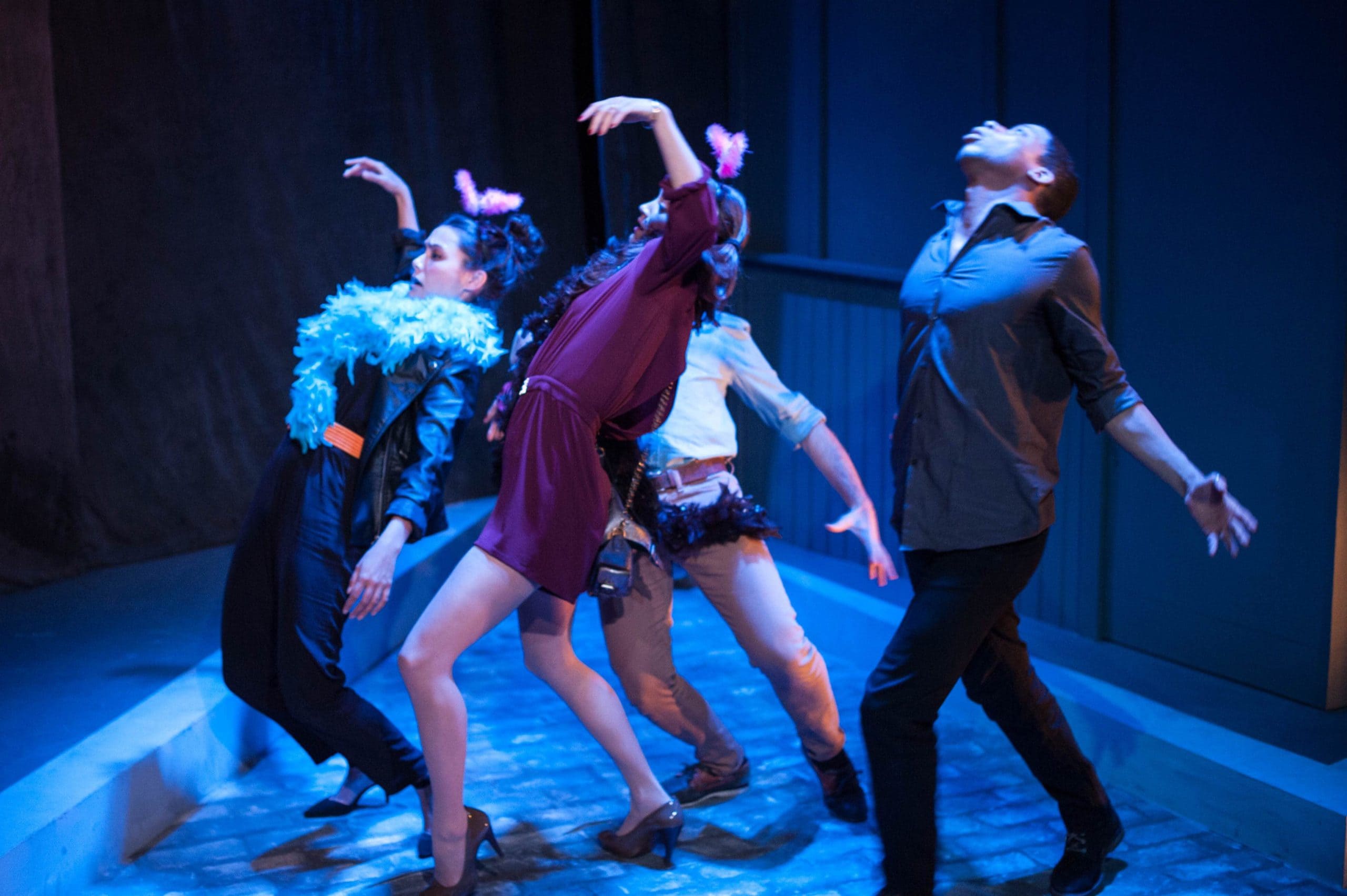 For a chance to check out the work of acclaimed Canadian playwright Adam Bock, head to Turnham Green’s pub theatre. The Drunken City is a comedy love story, set around a hen night that goes wrong. It’s a twisty romance about the power of the metropolis, which almost becomes a character in its own right, changing lives with the help of some nifty projected artwork that sets visiting revellers quite literally off balance.

Meticulously directed by Vik Sivalingam, a gaggle of girlfriends are depicted by Kristina Epenetos and Tanya Lattul, with Sarah Roy as bride-to-be Marnie. The giggling is great and fittingly infectious. They hit the spot less surely when it comes to quieter moments, brief, tantalising soliloquies aren’t delivered with the same confidence. Still, it works well as a comedy and the trio sensibly steers clear of parody.

For the boys, Josh Hayes appeals, despite his flatly written Frank, the source of Melissa’s cold feet when they meet and kiss on the streets. The role is a puzzling slip in the script’s standard. The focus instead is on another couple, Bob and Eddie, engagingly drawn by Max Wilson and Michael Walters respectively. More world weary, if not worldly wise, their romance blossoms as the girls gain their independence and grow up a little.

Too much feelgood all round? Perhaps. But Bock has an impressive ear for dialogue that Sivalingam makes the most of, with perfectly timed exchanges. Looking at how you might “learn” to fall in love, alongside the importance of being honest, may give rise to clichés and predictability but, let’s admit it, we all like something a little sickly sweet now and again. The writing’s skilled observational humour and quirky, probing sense of purpose are enough to bring out the romantic in anyone.