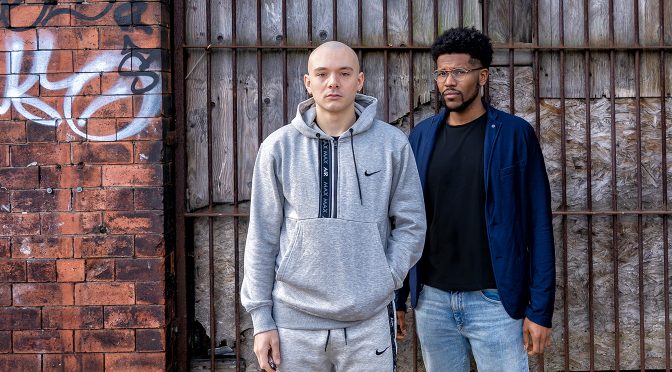 Kenny Emson’s play tells the story of a youth worker, Eric, and his client, Daniel. The script is detailed and tidy, qualities reflected in Alexander Ferris’ admirable direction. The performances are excellent.

Eric and Daniel meet often (I’m not quite sure your average troubled youth gets this much quality attention) and the drama of their developing and turbulent relationship is effective, if predictable.

Eric’s troubled past is expected, too. And doesn’t quite explain his connection with the younger man. But Lladel Bryant’s performance in the role is exceptional – the growing care and exasperation he feels with Daniel is believable and moving.

The writing for Emson’s younger character is better. Daniel provokes and challenges not just his youth worker but the audience. Dillon Scott-Lewis brings out the intelligence and humour of the role and allows Daniel to be vulnerable as well as angry.

It is a little too easy to see The Sh*t as a two-hander that aches to be expanded. Eric’s boss is a voiceover performed by Samantha Béart and, while Bryant does his best, these scenes are poor. Maybe the idea was that having an offstage manager would provide a Big Brother scenario – but both the role and the arguments need to be stronger.

Eric’s despair and rage against the system – and its scorecard assessments of people – may be naïve, but it is powerful. The recurring question of how Daniel rates with “managing feelings” – a score that Eric doesn’t reveal – is worth considering with regards to all three characters. The scope to develop and focus on this theme is clear.