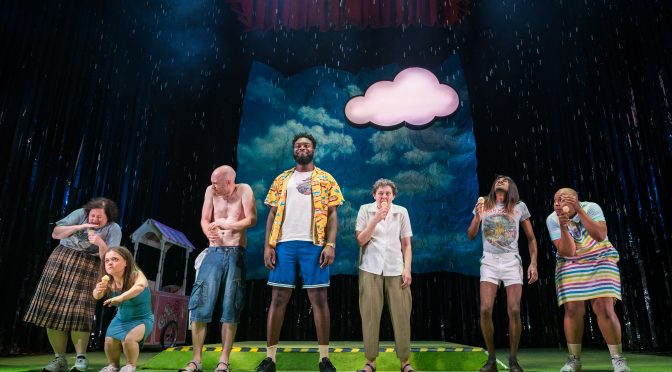 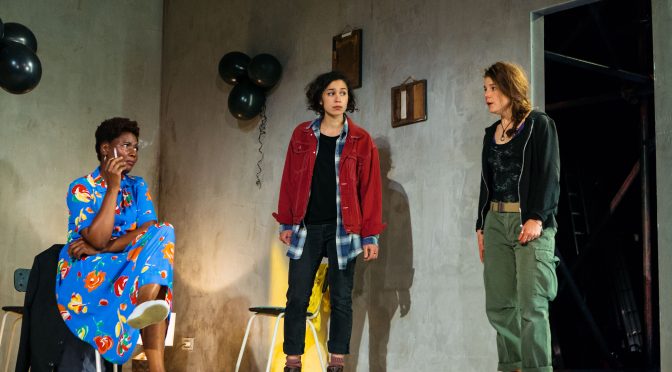 In Guillermo Calderón’s new play, three terrorists debate their plans to use a bomb. To make the show theatrically explosive, the depressingly topical subject matter is delivered with risqué comedy. B needs handling with caution; the piece gives extra meaning to the term trigger warning.

The plotters are pretty hopeless, which provides plenty of twists. Danusia Samal plays Alejandra, who hopes her bombs don’t hurt and views her protest as a kind of art work. Samal achieves the near impossible in making such a character credible. Aimée-Ffion Edwards plays Marcela, whose slowly revealed death wish provides much needed pathos. Their bomb is obtained from an older agitator, a role Peter Kaye is refreshingly restrained in. The different views and generational divide amongst the trio provide the play’s weightier moments.

Trouble is, there doesn’t feel like a lot of insight here: terrorists are troubled people. Well, yes… The play’s Chilean origin could have provided new information for a UK audience but isn’t investigated explicitly. We are left with slim, rehearsed arguments for the indefensible – and these are neither stimulating nor challenging.

Managing to make this topic funny is so bold that dismissing the play altogether is impossible. There are some good giggles around using code words for the bomb and anarchist communities. And, translated by William Gregory, poetic streams of consciousness  and clever word association compensate for the play’s failings. Director Sam Pritchard is sympathetic to this strength and the cast deliver their lines well. Deserving special praise is Sarah Niles as a mysterious neighbour. This is the one character who gets more interesting as the play goes on. Niles’ off-beat delivery shows a committed appreciation of the text’s entertaining potential.

Calderón is keen on absurdities, his style of writing is exciting and this chance to see his work in London is welcome, but this subject matter deserves more substance than he delivers.