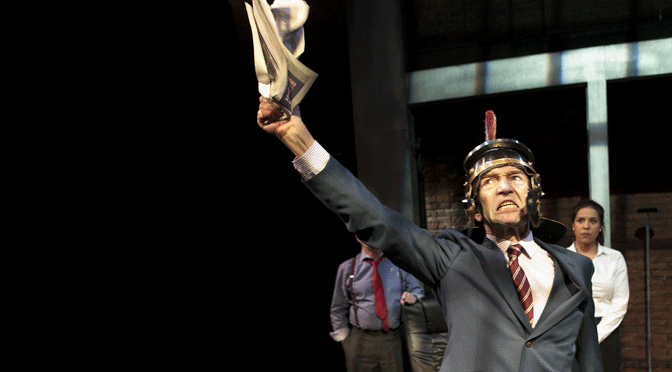 Having previously worked as a newspaper journalist, Mark Jagasia has the credentials for writing a satire about the media. With direction from Mehmet Ergen, as well as a cast a first-time playwright would kill for, Clarion is a seriously funny play that had the perfect audience at yesterday’s press night – I’ve seldom heard critics laugh so much.

Set over a day in the offices of the titular newspaper, Jagasia’s scoop is two great comic creations, performed to perfection. Claire Higgins is faultless as the indomitable Verity, a former war correspondent and “mother” of the newspaper in the Medea mould. Greg Hicks plays editor Morris, who carries around a Roman centurion’s helmet and delivers an outrageous combination of articulacy and filth that redefines egomania. Depending on whether or not you’ve worked in the media the play delightfully embraces exaggeration or serves as an accurate documentary. Either way you’ll laugh.

You can take the man out of Fleet Street but Jagasia isn’t afraid of a good pun, a cheap gag or a taste for shocking. Clarion isn’t for the sensitive “milquetoasts” Morris so despises. The depiction of a younger generation – a dispirited young journalist who works as immigration editor and a young intern (ably performed by Ryan Wichert and Laura Smithers) – has just as much venom and laughs, but might strike you as a little ungenerous.

The foul-mouthed viciousness offers insights into an industry in decline. Racing to find a celebrity’s missing dog, a disappearance eventually blamed on travellers, Morris describes Hampstead Heath as a “homosexual wilderness surrounded by Keynsians and men hiding in poofta bushes” – and for him that’s pretty mild. And yet the pace isn’t quite maintained. As Jagasia becomes more serious, ironically, the play becomes too fantastical. And the darkening themes of consequences and responsibility, which might have been more fully extended into the private lives of the characters, are slightly overwhelmed by the play’s comedy. But the headline is clear: Racist Red Top Exposed. 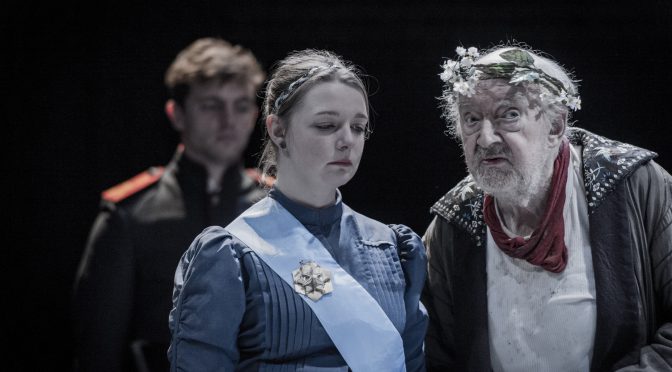