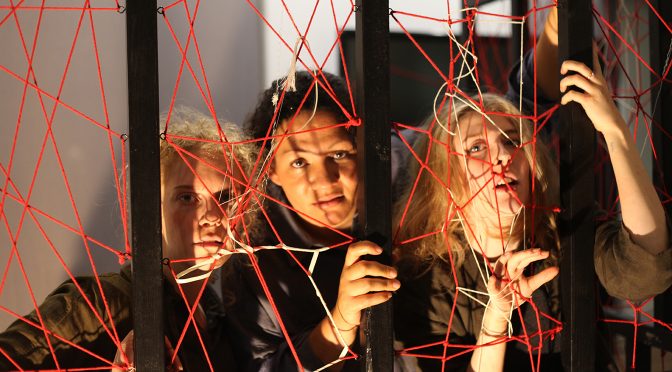 With lots of good intentions, playwright James Kenworth has dramatised the life and work of 18th-century prison reformer Elizabeth Fry. There are plenty of ideas, and some of them are inspiring, but the result is mixed and overall disappointing.

It’s smart that Fry herself doesn’t make an appearance. Instead, three women that she helped tell her story, taking us quickly to what motivated her. The conditions Fry protested against are powerfully recounted. Religion isn’t shied away from (there are even some stories from the Bible). The aim is didactic. But we only get the bare bones of the story, so you don’t learn that much.

Kenworth is keen to make sure the show connects with a modern audience. Contemporary music is used throughout (which regular theatregoers won’t be surprised about). But the trick is used too often, the selection of music is clumsy and sound quality poor. The snippets of Beyoncé and Madonna are, frankly, embarrassing.

There are some good theatrical moments, often to the credit of director James Martin Charlton. The show’s pace is handled well, moments with mime are a good idea and Hardy Gru’s set is simple and effective. The performance space is handled impressively – and a room off a library/community centre is a tough one to deal with.

Charlton is less successful when it comes to dealing with his performers. The production makes a point of using community members alongside professional actors – a valid exercise. But all the performances are overblown. Anya Williams, Hayley Morson and Ruthie Presh Lane have extra work to do marshalling younger colleagues and they do this well. But they are all playing for a much bigger space.

There’s a powerful scene where the characters we’ve encountered meet their end, and the performances are strong. But this is followed by clumsily tacked-on short speeches about contemporary crimes. In addition, while Kenworth has specialised with work focusing on Newham’s history, there is little sense of locale here. The issues raised and Fry’s legacy are large enough to apply anywhere – but the play still feels too much like a missed opportunity.

To reserve a free ticket – www.angelprisons.eventbrite.co.uk