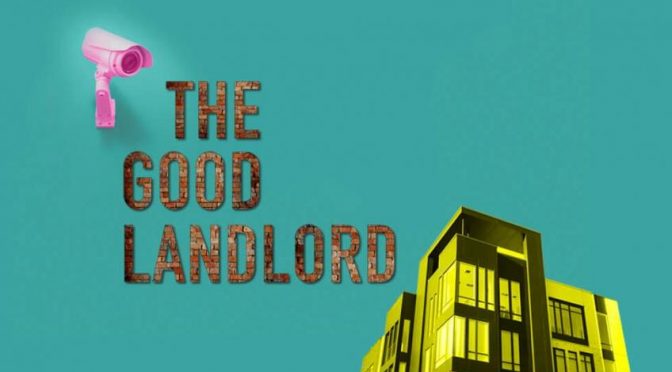 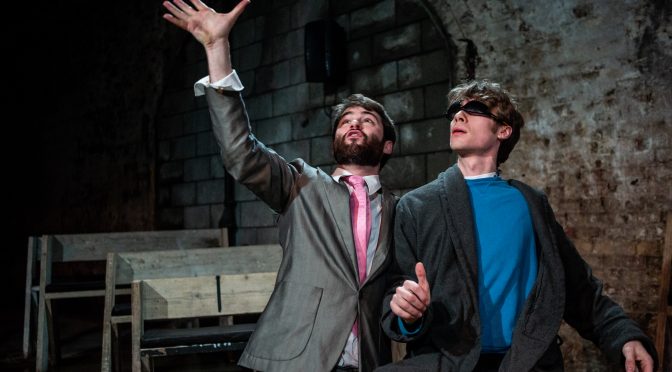 Crammed to capacity with topicality, this sharp comedy full of serious concerns makes a smart debut show for Metamorph Theatre. It’s the story of two generation renters offered a cheap deal on a flat with a view of Big Ben. The catch is that their new home is full of security cameras. Hilarity and debate follow as Tom and Ed cope, in very different ways, with a live feed to the apartment’s eponymous owner.

Driving the show’s comedy is a great performance by Phoebe Batteson-Brown. Playing the brilliant role of an estate agent, there’s a fantastic mix of corporate double-think that plays with being believable and is delivered with deliciously manic touches. There’s a good part, too, for Tiwalade Ibirogba-Olulode as a secretary who sneaks a look at, and falls for, one of the flat’s spied-on occupiers.  A more understated performance makes for a useful contrast and means Ibirogba-Olulode anchors the play.

As our heroes, the carefully – and creepily – selected tenants, both Maximillian Davey and Rupert Sadler do a good job of conveying a host of big issues with a light touch. Alongside considerations of technology and privacy, which have a nifty parallel to Ed’s obsession with spies (Sadler delivers this adorably), there’s queasy voyeurism and a consideration of body issues. The hang-ups Davey’s Tom is so quickly labelled with are carefully left open in a sensitive portrayal. Sadler’s strategy is different. He goes all out for comedy with Ed’s toe-curling exhibitionism. This works – he gets the laughs – but it’s testament to the writing that Ed could clearly be a more desperate and edgy character.

As well as effective work with her cast, director Cat Robey deserves applause for her strong staging of the show in the round, which cleverly conjures up the idea of a panopticon. It’s nobody’s fault that the venue is so far from the des-res. the action takes place in, but it does jar. Maybe some really good landlord would allow an immersive production in a penthouse development still for sale? Given the satire here, probably not! Robey’s direction shows a firm eye for detail and an admirable appreciation of the text.

The script itself is a painful one to critique as its author died so suddenly and so recently. The Good Landlord started as a devised piece that Michael Ross wrote after workshops with the company and it feels that some work remains to be done. Ross was not available for final rehearsals, and it is distressing to wonder about last-minute changes he might have made. As it stands, the play is a little too compact and bijou – scenes need unpacking and developing. But the comedy is great, the dialogue superb. And there are fascinating ideas – the guys as “products” for a voyeuristic project, or “ornaments” for the flat – that are sure to linger. Despite its many merits, there’s a sense of mortgage rather than completion with The Good Landlord. It’s with hope, best wishes, and some confidence given the clear talent here, that this new company moves up the theatre ladder to even bigger things.