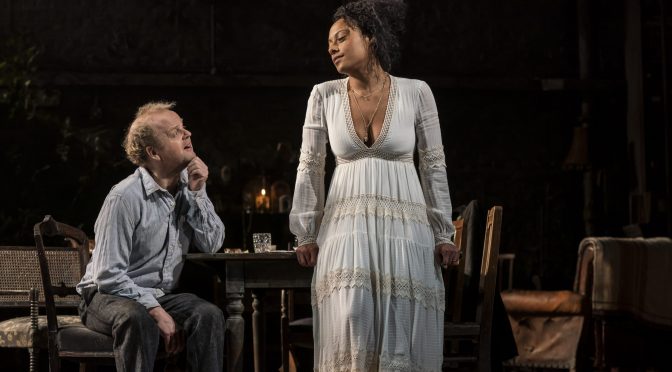 For a play with so much unrequited love among its characters, Conor McPherson’s adaptation of Chekhov’s classic is quite the comedy. The production emphasises the humour in the original, adds some knowing laughs at our expectations of Russian gloom and isn’t even shy to try some slapstick. It makes for one of the most entertaining Chekhovs I’ve seen and deserves huge success as a result.

Toby Jones gets the laughs as the long-suffering titular character, in love with Yelena who has married into his extended family. It’s nice to be reminded of what a natural comedian Jones is, even if there are moments when you might want to feel for his hound-dog character a little more.

Yelena, a sympathetic figure with the help of Rosalind Eleazar’s excellent depiction, has to deal with Vanya’s attentions while being caught in a love triangle with her step-daughter Sonya and the local doctor, Astrov. McPherson surprises again with a sweetness about the romances that comes primarily from Aimee Lou Wood’s brilliant portrayal of Sonya’s crush.

For both women, scenes with Richard Armitage’s Astrov, while full of sexual tension, contain a pragmatism that takes out some of their sting. It’s an idea that comes into its own at the play’s conclusion. I didn’t quite buy Astrov as a “helpless animal” because of his passion. By the end it seems I am not supposed to; life goes on despite the trials of the human condition.

Behind the humour, Uncle Vanya is all exhaustion and anhedonia – does this ring hollow amongst the laughter? Or has McPherson created a new tonality for us to consider? There’s no doubting the crispness of his writing or his strong vision. Aided by Ian Rickson’s direction, each household member makes a distinct impression and the action is easy to follow – the production is exceptionally clear. The speech is unintimidating: characters even blow raspberries, expletives are used wisely and monologues direct to the audience provide an intimacy that feels natural.

As for McPherson’s ideas, quite rightly, he focuses on the women in the play. Along with Eleazar and Wood, there’s superb support from Anna Calder-Marshall and Dearbhla Molloy. Like most of the characters, Vanya is obsessed by his years – he’s reached the grand age of 47 (makes a man think). But McPherson’s show is marked by youthful appeal. Concerns about the forest (made graphic with the Doctor’s hobby of historical map making) ring environmental alarms that feel topical. And the play’s final words go to the next generation. Sonya’s will to struggle on ends the show on an appropriately optimistic note. There may be only one candle as the curtain descends, but there’s plenty of light. 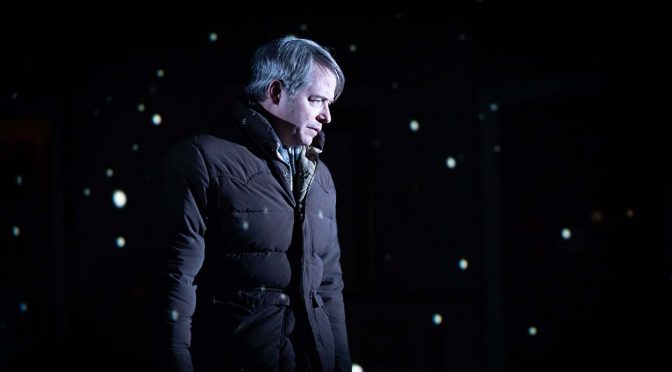