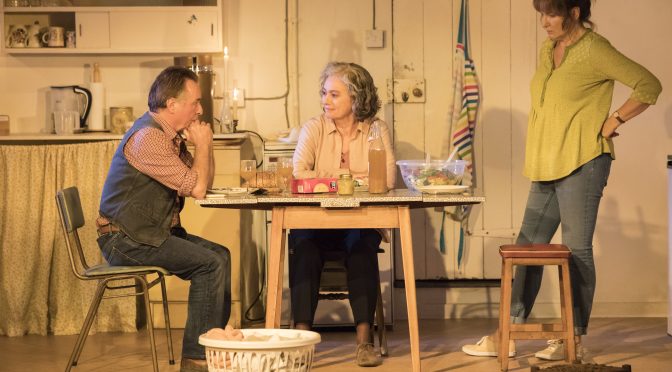 The critical consensus seems to be that Lucy Kirkwood’s new play is slow. True, it’s three talking heads: retired physicists coming to terms with a disaster at the nuclear power plant that they built and tackling personal meltdowns along the way. But Kirkwood’s wit – there are some very good jokes here – and some fantastic characterisation make her play so entertaining it grips from start to finish.

Against the dramatic backdrop of exclusion zones and power cuts, director James Macdonald allows the dynamics between three old friends (and lovers) to develop, doing justice to Kirkwood’s observations and dialogue. The carefully crafted performances are strong. Ron Cook plays Robin, who feels “eroded”, with a grumpy old man act that proves more complex than the first gags suggest. Francesca Annis performs as his one-time mistress, Rose, making the most of her character’s humour and mystery; reappearing after many years to pose the play’s dilemma – her plan to return to the toxic plant to replace younger workers who have more of their lives ahead of them.

In a year that’s seen several strong roles for mature women (there are interesting parallels here with Caryl Churchill’s Escaped Alone, which makes a welcome return early next year), Rose is joined by Ron’s wife Hazel, a brilliant part that allows Deborah Findlay to make the play her own. The atmosphere surrounding this “cautious” character crackles with tension, and the relationship with her husband is full of credible touches. Findlay even lights candles in character: carefully using only one match to suggest, ironically, eco-friendly convictions.

Hazel is appalled by Rose’s self-sacrificing suggestion – she doesn’t see her life as anywhere near over. Behind the homely touches there’s a steeliness that present the counter argument. Kirkwood isn’t simply baby-boomer-bashing, but it’s pretty clear where she thinks the moral obligation lies. Children is a less showy affair than the playwright’s biggest hit, Chimerica, or her previous work at the Royal Court, NSFW. The theme tackled, the responsibility of one generation to another, is thought provoking – this problem feels real world and ripe for exploration. But the presentation and symbolism are too blunt. Utilitarianism is a hard taskmaster and doesn’t leave a dramatist much room for manoeuvre. 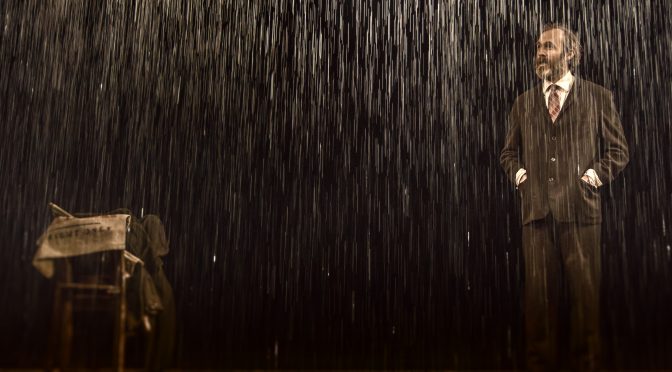 Rain is falling as we are introduced to the ‘Fantastic’ Frank Hardy, an itinerant performer, whose life and miraculous show lie between the “absurd and the momentous”. Es Devlin’s stunning set creates a box of brilliantly lit water that returns between each of the four monologues that make up this intense and intriguing revival of Brian Friel’s 1979 play.

Stephen Dillane joins a line of famous names to tackle the title role. It’s a restrained performance, uncompromisingly demanding, carefully playing with the “sedation of incantation” that runs through the script: place names visited, adventures and traumas, are repeated in the softest tones. Hardy knows whether or not miracles will happen – that his success depends on chance – so his gift is also a curse. 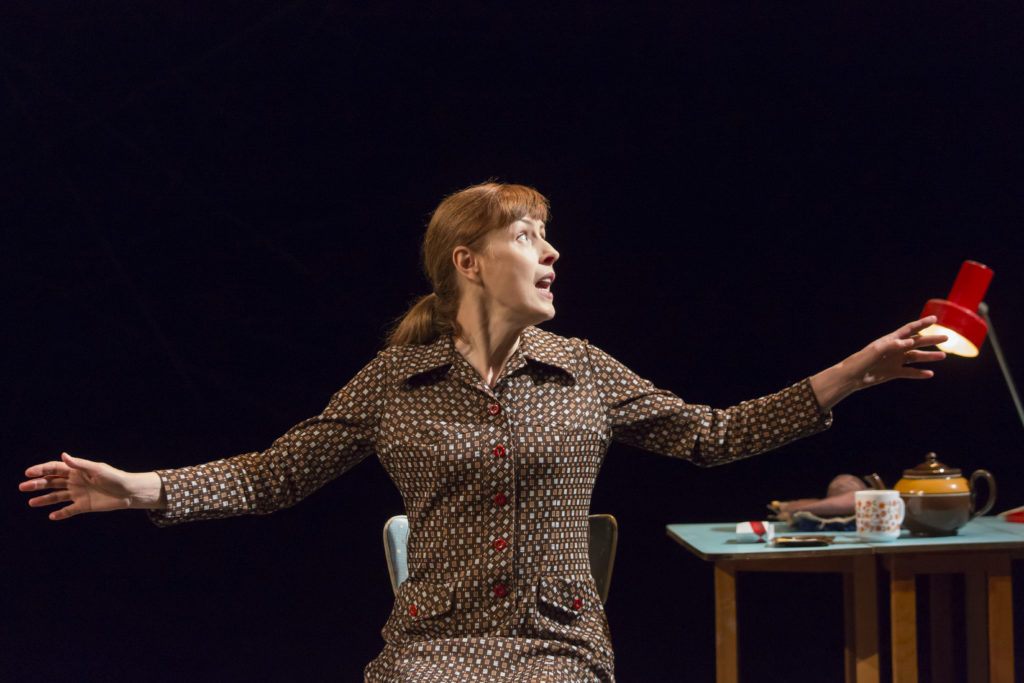 We meet Hardy’s mistress and manager. As the former, Gina McKee’s accent is offputting at first – we’ve been told she’s from Yorkshire, and that’s not the only lie we discover from hearing her side of the story. The detail McKee invests in her scene makes it moving and engrossing. After these hear-a-pin-drop performances there’s some respite, thanks to Ron Cook’s appealing Cockney artistes agent. Though stories about a bagpipe-playing dog are funny, this isn’t comic relief. Cook presents a tired and disappointed man with subtlety. 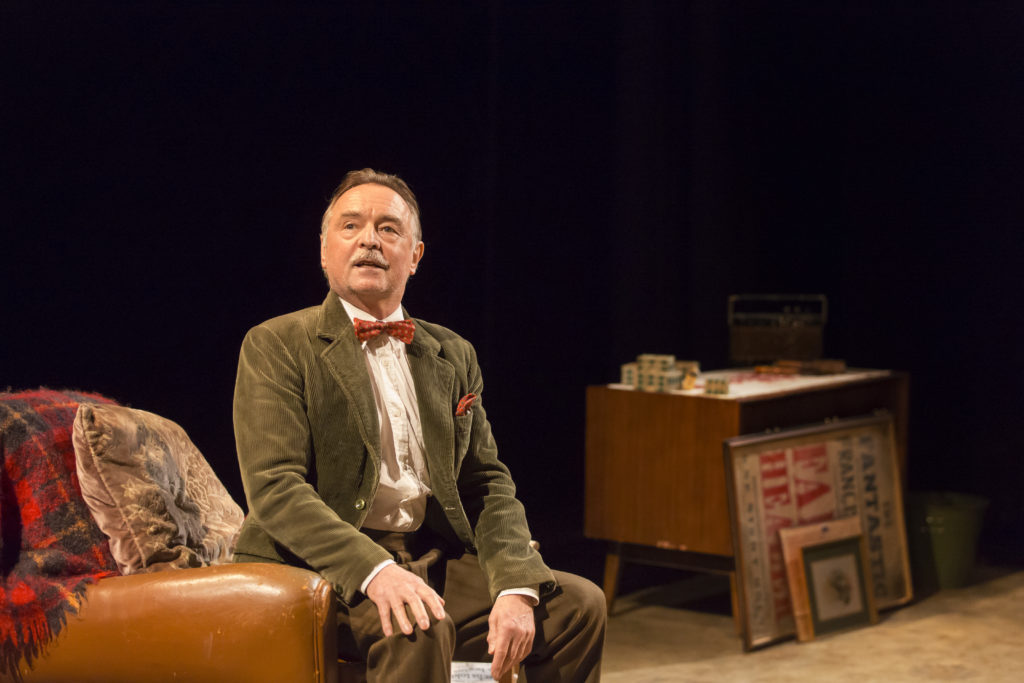 The performances are awe-inspiring but the material is consuming to the point of claustrophobic and difficult because of its complexity. The drama comes from having three unreliable narrators, who lived together for many years but don’t meet during the play and are talking about events in the past. We see Hardy’s wife after his (possible) murder, and his manager after she has committed suicide, but the chronology is not explicit and how much time passes between scenes is opaque. Friel’s script shifts and changes and needs the lightness of touch that director Lyndsey Turner provides. A heavy hand could damage such first-class storytelling. Rendered so impeccably, the play is absorbing.