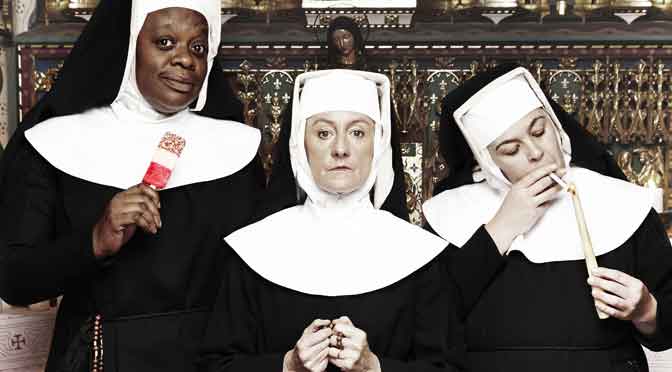 It’s a brave decision for a playwright to make a child one of the central characters of a play. In Bruce Norris’ Purple Heart, receiving its UK première at the Gate Theatre in Notting Hill, Thor is a 12-year-old caught between his grieving mother and grandmother after his father dies in Vietnam. Given the raw intensity of the part, it would be almost impossible for a child of the same age to play it so the first medal awarded to this production goes to the actor Oliver Coopersmith, who is 20, for an astonishingly convincing portrayal of a precocious, disturbed pre-teen.

The family trio mourns in different ways. The resilience of youth is matched by the stoicism of age, with Linda Broughton playing Grace, a mother-in-law whose best intentions and insistence she is “on top of it” would test anyone. Grace’s attempts to control her son’s widow have an underlying insecurity that Broughton develops well. In the central role, Amelia Lowdell gives a similarly layered performance; the focus of a close-knit community obsessed with sending condolence casseroles, she is close to suicide through grief and alcoholism. Lowdell makes her fragile character the focus of our sympathy, despite her vicious streak.

Matters become more complex with the arrival of Purdy, a Vietnam veteran and a fourth, fine performance from Trevor White. It doesn’t take long for the soldier’s clean-cut manner to slip and White manages this superbly, making the most of every movement. Purdy is more a device than a well-rounded character: Norris uses him to pull out ideas and give Purple Heart some weight. At times, his character makes the play seem a touch sensational but the writing is original enough to fascinate.

Christopher Haydon’s intelligent direction serves Norris’ text well. Most of the conversations have an interrogatory feel that is delivered with an appropriate military pace. Better still, Haydon clearly appreciates the author’s quirky comedy; despite being a play about grief Purple Heart is full of laughs. It’s the darkest of humour, one that gives even poor jokes an edge. It’s a work unafraid of crudity, even silliness (Thor’s novelty jokes, gifts from his father, make continued appearances) – all to bring out the plays painful questions. Norris is known to London audiences primarily through his success at the Royal Court – this early work is every bit as good as the smash hit Clybourne Park, and deserves just as many awards.

Written 6 March 2013 for The London Magazine