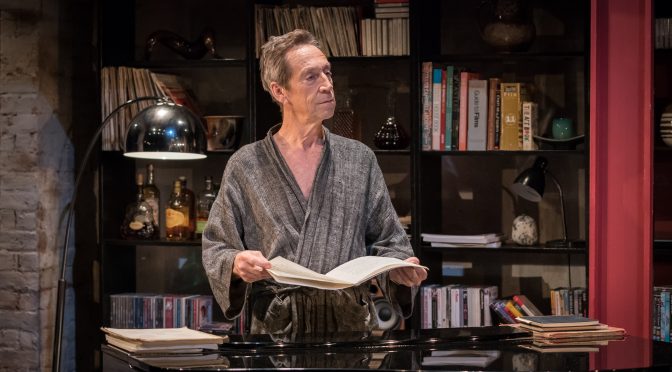 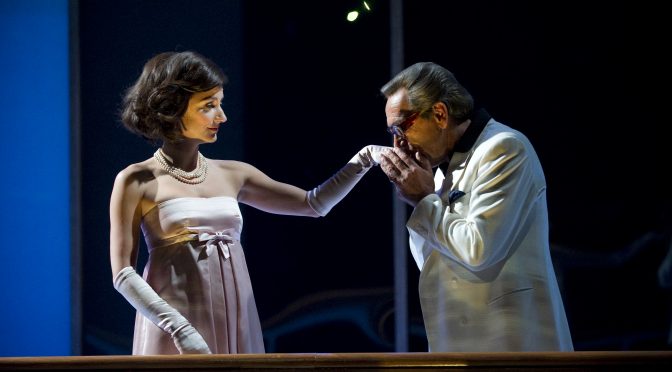 The life of Aristotle Onassis, self-made millionaire and lover of the world’s most beautiful women, could easily read like a trashy novel – “cheap but unputdownable” as it were. Onassis on stage  is certainly expensive looking. Katrina Lindsay’s stylish set, with its clever projections and well-chosen furniture, ensures that. And writer Martin Sherman invests his play with some impressive talk about gods and heroes that adds weight. He attempts a Greek tragedy of passion and politics that is a rich lesson in history. Given such glittering raw material, it is a crying shame that this new play never quite manages to hold our interest.

Best of all is Robert Lindsay in the title role. Lindsay’s impeccable comic timing quite saves the evening, and he deals movingly with the downsides of being rich and famous. But these tribulations never quite convince most of us. For all his skill and charisma, Lindsay as an actor clearly finds the role more interesting than we do as an audience.

If playing Onassis offers rewards to the leading man, taking on the parts of Maria Callas and Jackie Kennedy have to be daring gambles.

Unfortunately, they don’t quite pay off. Anna Francolini’s Callas, who seems to have passed via Brooklyn, takes Sherman’s theme of nemesis far too seriously. Ironically, her character would probably have done just the same in real life, but although Callas famously lived off stage as if she were still on it, her actions become uncomfortable when transposed a third time back into the theatre. Lydia Leonard’s Jacqueline is very much the Southern Belle and gives a similarly brave performance. Again, the character is too much aware of her place in history to really convince.

Sherman gives Onassis’s loves some great lines, and both actresses deliver them well, but they are often too clever and too contrived.
As for “unputdownable”, unfortunately not so. Nancy Meckler’s direction is poorly paced and the technique of characters addressing the audience starts to look desperate. Maybe the times simply aren’t right for a play about the super rich? To be fair, Meckler always works well with an ensemble and her cast seem to find Onassis a figure worth hearing about. It is a shame their passion doesn’t transmit itself to the rest of us.

Written 15 October 2010 for The London Magazine