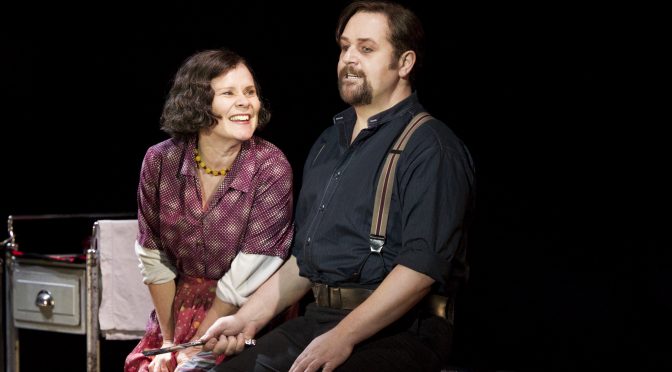 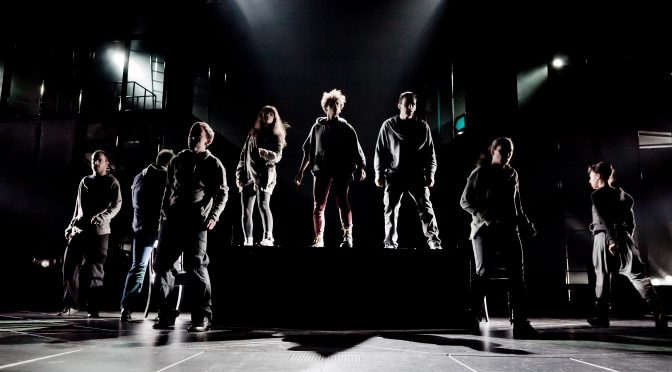 After the success of last year’s Earthquakes in London, Mike Bartlett’s return to the National Theatre with his new play, 13, has something of triumph about it. Promotion to the grand Olivier Theatre would be a dream for most playwrights, but Bartlett seems undaunted and bravely presents us with a fear-fuelled nightmare that’s ambitious, big and bold.

It’s one nightmare, to be specific, spookily shared by 13 different people. This clever device shows a disparate section of society, from a cleaning lady to the Prime Minister (Geraldine James on excellent form), all living in anxious times and searching for something to believe in.

It would be impossible to mistake Barlett’s version of the future as the very nearly now – social networking, riots on the streets, economic catastrophe and the threat of war – it’s all highly topical, with enough iPads on stage to make Steve Jobs smile down on us. As if this weren’t enough, Bartlett introduces religion as a fulcrum to his play. A central messianic character, John, performed with gnomic intensity by Trystan Gravelle, raises yet more questions and heightens the dramatic stakes.

Thea Sharrock’s direction and Tom Scutt’s design match Bartlett’s vision. With the Olivier’s revolve used to great effect, this is a precise production, technically impressive and rewardingly theatrical. The dreams the cast share, full of “monsters and explosions”, are complemented by spectacular lighting design from Mark Henderson.

After detailing a depressing catalogue of ills that beset our world in fantastically dynamic fashion, the pace changes to present a debate between the PM, the prophetic John and Danny Webb who plays an atheist academic with commanding presence.

It’s possible Bartlett has a young audience in mind for 13 – a crowd fresh for debate and highly engaged. If so, then I applaud him. But, despite Bartlett’s skill, the ideas behind 13 don’t match the novelty of their execution. It isn’t that the issues aren’t important or interesting, rather that they have been debated so many times before. What is impressive is that Bartlett presents them with a degree of impartiality seldom seen. And that is a very grown-up thing indeed.

Written 28 October 2011 for The London Magazine