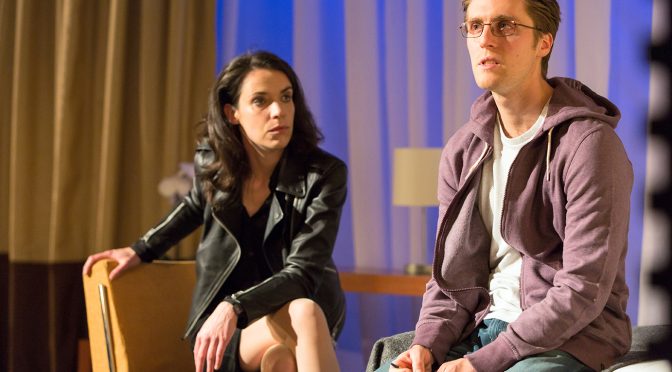 Handled impeccably by director James Macdonald, for a while, Wild looks like a modest two-hander. The Snowden character, renamed Andrew, meets his contact from what we assume is WikiLeaks in a Russian hotel room. What happens to a man right after he becomes the world’s biggest ever whistleblower? It’s a smart little twist and what follows is often clever, and funny, provoking plenty to debate.

The next move is to make ‘George’, sent to represent Julian Assange, quite bonkers. Andrew’s rescuer arrives in tottering high heels and with plenty of provisos, making a great role for Caolifhionn Dunne, who gets a lot of laughs. If the performance seems a bit broad on a screen, it’s clear it would inject energy on a static stage.

Questioning Andrew’s actions and motivations, playing with the espionage surrounding the situation (which also introduces considerable threat) continues when another George appears. This time played by John Mackay, whose dour presentation is just as good as Dunne’s mania. The play takes on a surreal paranoia with simple effectiveness.

In the role of Andrew, Jack Farthing’s response shows how carefully his performance has been prepared; increasing the panic nicely and adding an intriguing depth to the role. Yet the play still has an economy to it that’s impressive. Only later does extravagance arrive.

Bartlett is not a playwright shy of exaggeration and this comes into its own in Wild. Conspiracy theories pile up, moving tantalisingly close to spiralling out of control, and, as the arguments become more abstract, Bartlett’s tone turns impassioned and aggressive. Both of the Georges become demonic figures, whose power is undoubted, while Farthing makes his character’s lot lamentable.

For final praise, there’s a plot spoiler. Designer Miriam Buether (with a consulting illusionist, Ben Hart, also credited) provides a set with a surprise – it collapses and the floor rotates 90 degrees. As a literal metaphor for Andrew’s disorientation it may not be subtle – but it’s brilliant theatre and leaves a stunning impression. 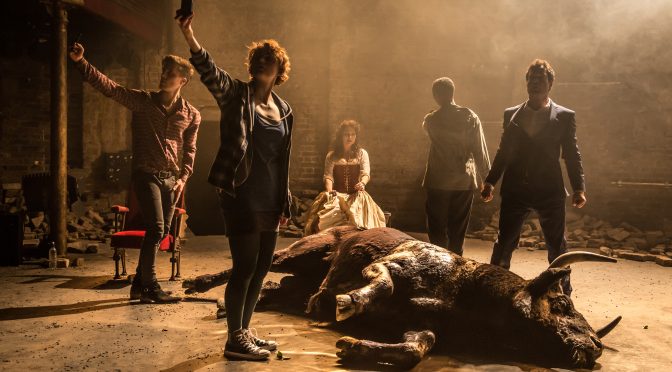