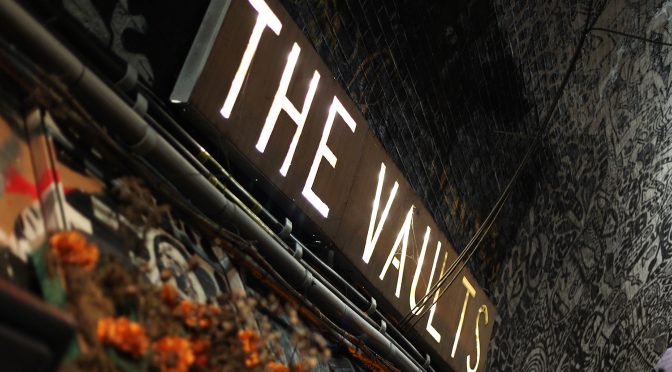 Unusually for a fringe production, Chakira Alin’s play has the large number of ten performers. A slice-of-life East End drama, with high stakes and plenty of important topics, the play overreaches itself. But the ambition is exciting, and Heroes is undoubtably entertaining.

While the plot might be suited to a soap opera the play tries hard to be profound. There’s a lot of quick judgements and homespun wisdom, which makes some of the dialogue clunky and, occasionally, pushes credibility. But the young characters are heartfelt, earnest and anxious (which seems on trend) and carry the show.

The football-mad friends from an estate (they have plenty of problems as well as aspirations) are an appealing set. The roles are established with skill and hold interest. Best mates Sol and Jonno makes good parts for Jacob Benhayoun and Reuben Rogers who are impressive. and there are charismatic performances from Tirza Sey and Xander Pang. Older characters are less successful, in particular a poetic eccentric called The Wizard, whose role is baffling.

There are problems with the production, most of which (particularly the abrupt lighting cues) would surely settle given a longer run. Director Dixie McDevitt might focus on group scenes to avoid the feeling of characters waiting patiently for the next person to speak. And while this space at the festival is especially demanding (it’s actually just horrible), several performers speak too quietly too often. Also, some more confident delivery would bring out the script’s humour.

The strongest scenes show Alin’s originality. A focus on the theme of fatherhood is a highlight. The articulate youngsters present a version of masculinity that isn’t toxic… that makes a change. This isn’t a quest for role models (interesting in itself) – fathers are “dead, disinterested or detained” – but for a better life.

The youthful autarky makes the ending jar. The conclusion involves knife crime. That this is unexpected is an important point. Things seem to be going well until a devastating violent moment. It’s undoubtedly an important topic, and Alin is bold to tackle it. But events occur to far into the play and a rushed conclusion doesn’t do justice to the hard work or talent here.