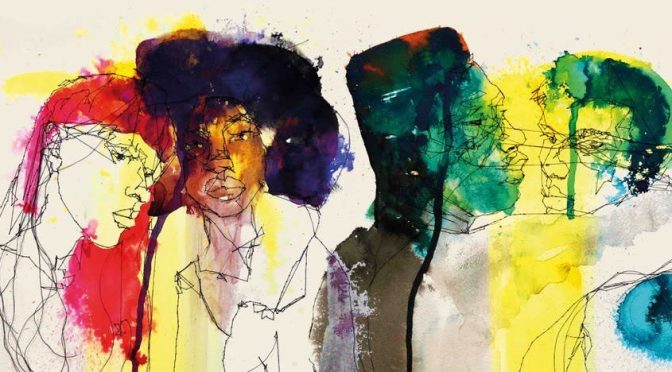 Landmark is the label given to Philip Osment’s play, which premiered with the Gay Sweatshop in 1988. Undoubtedly, the piece makes for interesting history: early Pride marches, the role of the press in forming prejudice against AIDS and campaigns during the miners’ strike are all covered. It’s a play of valuable lessons. But theatre can’t just be a historical excursion. The key to the success of this first ever revival, by director Philip Wilson, is to allow the play to inspire today, by bringing out its universal power.

These tales of the city contain men and women of all ages and classes, going back and forth in time, with surprises in store as to how they interweave. Osment is an exemplary chronicler of London; locations are used effectively, rooting the play. For sure, too much is tackled at times, especially when bringing broader political struggles into the play. And some connections between the characters fit less well than others; a production of The Tempest forms one pivot but any aims of injecting anger with the rage of Caliban sit uneasily in a piece trying hard to be positive. Yet overwhelmingly, the rich themes of lives and loves, family and community, make for captivating stories.

The fictional biographies presented are respectfully delivered by Wilson and his cast. Connor Bannister, whose character’s coming out story is one focus, and Jane Bertish, taking the role of an elderly Jewish woman who fled World War II, give strong performances that form the backbone of the show. The rest of the cast all impress by taking on multiple roles, swooping ages, nationalities and genders, often with wit. There’s a lovely turn from Corey Montague-Sholey as a young actor and a ten year old boy, while Rachel Summers does well with four roles including an aged Russian aristocrat in exile. The show’s considerable humour is best served by Theo Fraser Steele who tackles the part of middle aged Martin with waspish panache.

Osment’s text is marked by attention to detail. So much so that it’s occasionally overpowering, if often beautiful. That characters also narrate their own actions, interestingly a technique seen recently in The Inheritance, isn’t to all tastes – it can be long winded – but it proves a boon to performers here and Wilson adds some lovely theatrical touches that prevent the piece from becoming too static. And the play is remarkable democratic, even a cat gets attention, as gay life in many forms is celebrated. Race and sexuality, along with gay parenting and marriages of convenience are all addressed. Osment’s play reflects life’s complexity to an impressive degree, his opposition of fate to “patterns of coincidence” provokes thought and sentiment in equal measure. Admittedly meandering at times, This Island’s Mine has both tragedy and comedy to recognize and inspire an audience; the play’s success boils down to superb storytelling, excellently delivered.