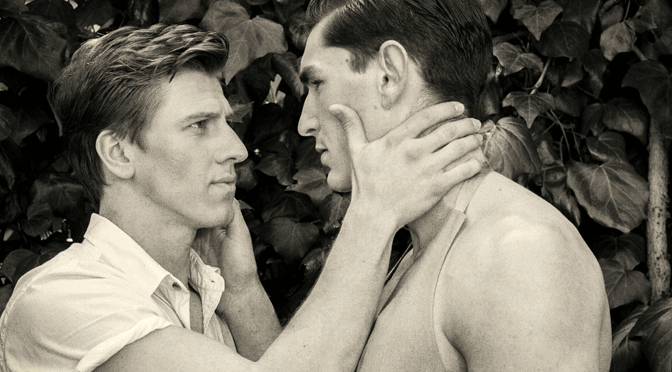 The play’s billing as an uncensored film noir on stage is a bit of a red herring. This is a thriller pure and simple, with crooks, conspiracy and more than enough tango, twists and turns to tickle the fancy. While the tale is steady, it’s a shame the characterisation doesn’t match the plotting – back stories are fussily elaborated, and the dialogue might be sharper.

But there’s no doubting that the show is racy. The boyz in wet T-shirts (is spraying them someone’s job?) include handsome heroes Jordan Alexander and Matt Mella, while ravishing Susannah Allman and her suspenders guarantee fluttering pulses.

It may be ungallant to highlight the age of Judith Paris as the play’s fine femme fatale, but experience counts and her assured performance stands out amongst the young cast. Some roles cry out for older performers. But, despite flaws, the gorgeous players acquit themselves well, creating a stylised atmosphere full of camp appeal. So what if there’s more sex than suspense – this quirkily entertaining show wins with its brashness. 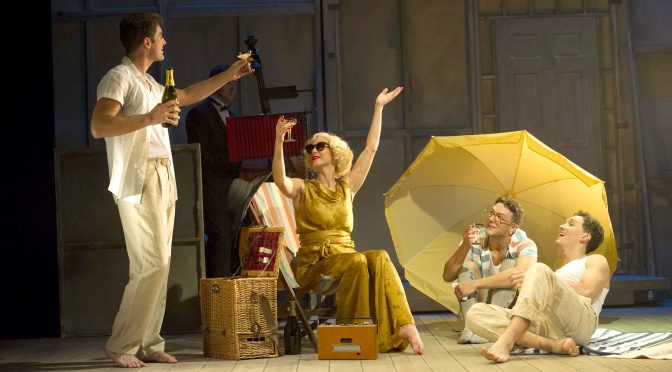 Claudio Macor’s musical, just opened at the Arts Theatre in Covent Garden, is inspired by William ‘Billy’ Haines, a 1920s film star you’ve probably never heard of. Brazen about his homosexuality, Haines’ career was ruined by the man who created him – Louis B Mayer – who banished his successful films to the vaults and even destroyed his publicity photographs when Billy refused to enter a fake marriage and give up his “tailor-made” partner Jimmy. It’s a fantastic love story full of romance and glamour that will touch most hearts.

The piece, written by Macor as a play in 1995 and adapted with the help of Amy Rosenthal, has been embellished with lyrics by Adam Meggido, who also wrote the score with Duncan Walsh Atkins. It’s a sterling effort: the music is a highly competent tribute to the 1920s, the words sharp and funny, yet the story seems to overwhelm the musical potential so that the carefully constructed numbers never quite take off.

The cast’s acting is more credible than its singing (perhaps attributable to first-night nerves). In the lead roles of the lovers, Dylan Turner and Bradley Clarkson give strong performances and Mike McShane’s depiction of Mayer is highly satisfying. As the couple’s best friend, William Randolph Hearst’s mistress Marion Davies, Faye Tozer (of former Steps fame) reveals top-notch comic skills. There are also excellent turns from the supporting company, especially Matt Wilman as the studio’s long-suffering publicist, and Kay Murphy, who plays Pola Negri, lined up to marry Haines for the newspapers, who has the show’s best number, a hilarious lament for her tragic life.

A Tailor-Made Man offers some interesting observations about celebrity but is strongest in its honest depiction of the male couple’s relationship. Unafraid of being stereotypes, they went on to becomes Hollywood’s most successful interior decorators, designing the stars’ lives in a symmetry you’d hardly credit if it weren’t all true. The toll that prejudice and violence take on their lives is dealt with admirably and makes up for an occasionally overbearing sentimentality that both actors manage superbly. But the sometimes blunt approach, brave as it is, isn’t the happiest combination for a musical. You don’t leave with a spring in your step but rather a wish to see a revival of the original play itself.

Written 22 February 2013 for The London Magazine