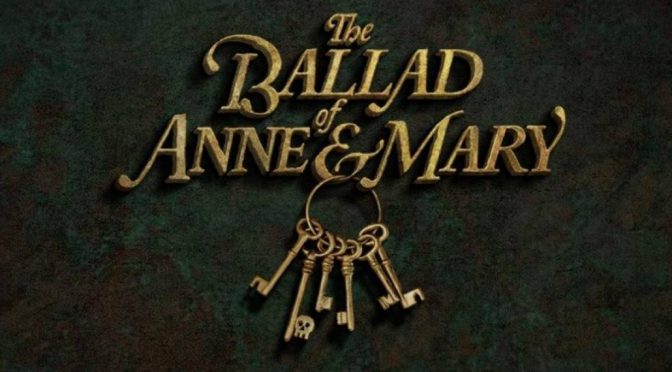 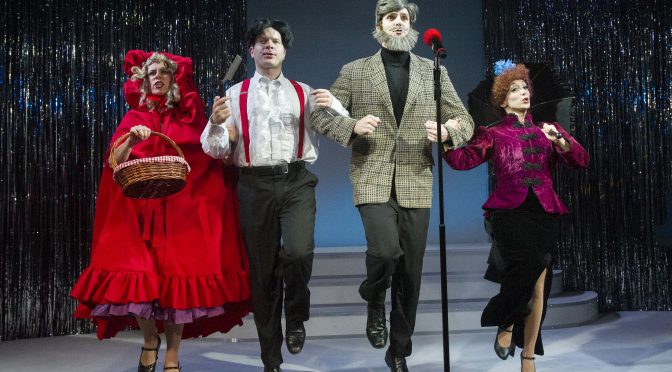 Forbidden Broadway may modestly describe itself as a “fringe revival transfer” but the hugely successful US show’s latest incarnation is a screamingly funny compendium of songs and impersonations. Relocating from the Menier, the legendary cabaret troupe has just begun a limited run at the Vaudeville Theatre, which can only be good news as the larger venue gives more Londoners a chance to laugh along to this irreverent take on show biz.

Writer and creator Gerard Alessandrini uses the songs from the very shows he lampoons (Les Mis, Phantom, Once et al) taking sweeps at commercialism and, the cardinal sin, laziness. The stolen songs are cleverly adapted, the new lyrics a wickedly guilty pleasure and lazy is one thing you can’t accuse these performers of. The four actors playing multiple characters are astonishing throughout, not least for their costume changes. There isn’t moment when you aren’t getting your money’s worth.

Forbidden Broadway’s other target is celebrity. There’s Kristin Chenoweth, Liza Minnelli, Bernadette Peters, Mandy Patinkin, Cameron Mackintosh and Hugh Jackman. If some of the names don’t ring a bell, don’t worry: the delivery is enough to keep you happy. Christina Bianco and Anna-Jane Casey are marvellous impersonators, their co-stars Damian Humbley and Ben Lewis, similarly, terrific comedians, and affectionate jokes about what it must be like to perform a hit show night after night ring true.

Despite their efforts, the emphasis is on Broadway rather than the West End. But we share many shows and there’s plenty of attention paid to London. The stab at Charlie and The Chocolate Factory (it’s not a good show) is more accurate than funny but songs about the forthcoming revivals of Evita and Cats are superb. If you’ve ever loved a show and are interested in the theatre you’ll laugh long and hard.

Admittedly, there is a danger the show is preaching to the choir. When Forbidden Broadway gets annoyed, demanding more for us as an audience, ironically, it delivers slightly less. But it’s here that you see the passion. There’s so much great theatre out there, there’s no excuse not to put on something superb. A sense of complicity with the creators puts us, the punters, at the fore, wanting the best. So, even if you’ve hated musicals in the past – this could still be the night out for you.

Written 16 September 2014 for The London Magazine