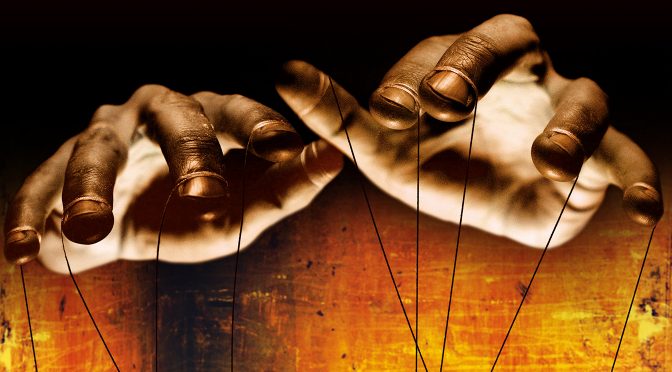 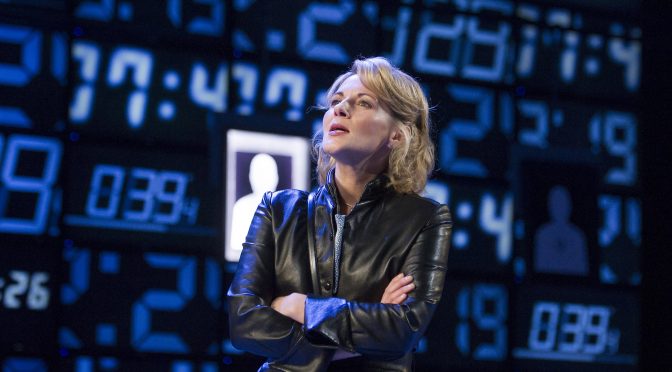 Fun is had with the spy genre itself. Stoppard plays with stock scenarios – the opening scene has not one but three suitcases being swapped around – and laughs at the often clichéd language used, including Alec Newman’s charming Russian quintuple agent whose cover has been “blowed”. The Cold War tension is deliberately deflated; the secrets at stake here aren’t worth much in the end.

Newman also carries the weight of explaining a lot of the science (complete with a checklist of big names) that’s the real theme of the play, and does exceptionally well to inject passion into the parallels between plot and physics. Secret agents are just a “trick of the light” and how light behaves is influenced by the very act of observation. Hapgood is thought provoking and original.

It’s the central character of the titular spymaster that pleases most. In a brilliant performance, Lisa Dillon shows her understanding of Stoppard’s layered text. Dealings with the big boss Blair (Tim McMullan in a role he was born for) along with no nonsense about her high achievements are understated comic marvels. There are canny observations on class throughout the play.

When it comes to carrying the tension, Dillon gets even better. Introducing twins, surely not too much of a giveaway, Stoppard further combines the science and spies. Hapgood’s role as “Mother” provides emotional weight when her son becomes embroiled in the spying game. Common to lots of high-quality genre fiction, the complexity of our hero is used to terrific effect.

The play benefits from director Howard Davies’ experienced hand – the pacing, when it comes to explaining the science, is perfect. And the plot is presented in a visually clear fashion thanks to Ashley Martin-Davis’ stylishly simple set and effective video backdrops from Ian William Galloway. Above all, the script should please any Stoppard fan and Hapgood deserves to be part of his canon. 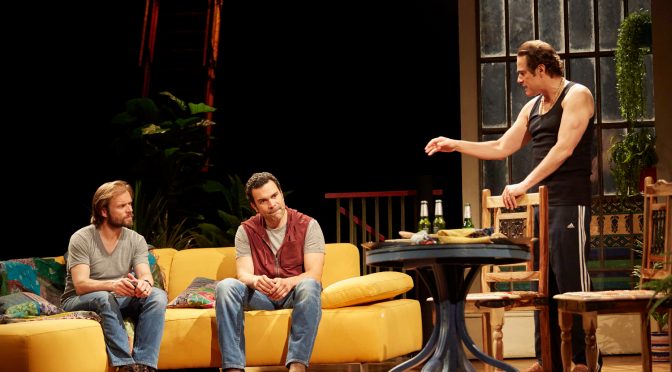 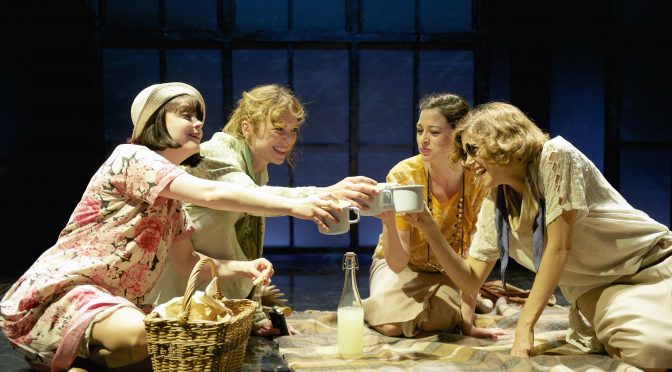 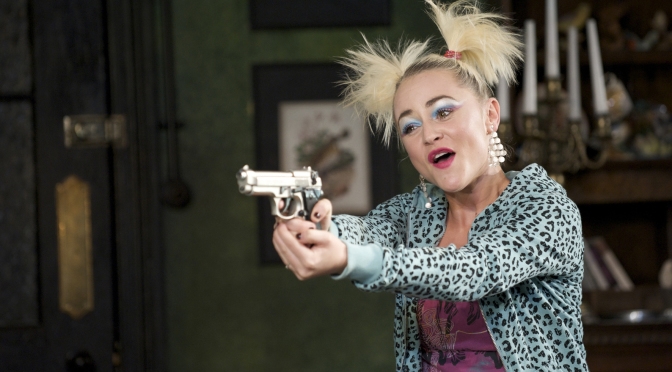