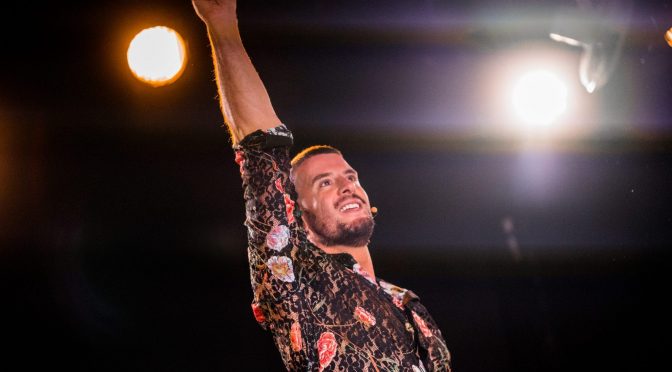 What are you doing this Sunday? If possible, make a date to celebrate the 50th anniversary of the Stonewall Riots with some superb theatre. Alexis Gregory’s hour-long verbatim show has been racking up five-star reviews since it premiered last year. It’s easy to see why: it’s full of fascinating, impeccably told stories with an inspiring sense of urgency.

Through interviews with a trio of men, Gregory garners a surprisingly detailed insight into gay life in America and the UK over three decades. From the night of the Stonewall Riots, to the life of an avant-garde drag queen, to an activist against HIV/AIDS, this is a qualitative approach that counts as oral history as much as theatrical entertainment. You may learn a lot – or take comfort in having a story similar to your own heard. Either way, there is a fitting sense of pride taken in what these men have overcome and achieved.

It isn’t that unusual to see gay history on the London stage, certainly not the fringe. But Gregory’s skill, ably backed by Rikki Beadle-Blair’s direction, gets us close to the real deal here. The duo’s respect for the men is contagious and illustrated in the confident candour on offer. Each man’s own words are given their due, focused by the experience of collaborating on the project and honed into a text by Gregory.

There’s a lot of wisdom here, as well as a good few laughs along the way. But it’s also a salutary reminder of a generation lost because of the AIDS crisis that makes preserving the lessons from survivors all the more important. While the overall tone to Riot Act is suitably celebratory – noting progress – there’s agitation, too. How fragile those fought-for rights really are is highlighted. The show acts as a warning and a blueprint for action as much as a walk down memory lane.