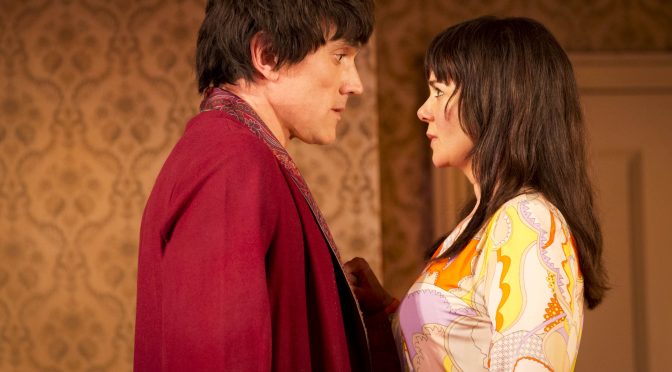 Playwright Mike Bartlett is very much the man of the moment: notable productions at the National Theatre have established his success as a writer keen to tackle current issues. Love, Love, Love sees his return to the Royal Court, where he was previously Pearson writer in residence, with a play that looks at recent history.

The story of a couple, presented in three acts, showing them as students, middle-aged parents and in retirement, has created characters that must be a joy for the performers. Victoria Hamilton and Ben Mills are both superb. Charting their impetuous elopement when young, their marital breakdown and their reconciliation, the pace of both writing and delivery are perfectly handled by director James Grieve. The laborious scene changes involved in Lucy Osborne’s design slows things down, but Bartlett’s control and the acting are so strong that the play remains compelling.

Love, Love, Love aims to be more than a family drama and here it does slightly less well. With an eye on the news, Bartlett is looking at the baby-boomer generation: where they come from, what they did and what their legacy will be. It’s entertaining stuff; of course it’s easy to mock the hippies, especially when they become yuppies. Any line bemoaning the fact that you live in Reading is going to go down well in Sloane Square.

Bartlett’s observations might be too tentative for some, too conservative for others, but his satire gets the laughs and the delivery from Hamilton in particular is show stopping. But doubts are raised. Surely a couple that grew up in the 60s wouldn’t think the occasional cigarette in later life the height of debauchery and the effect their parenting has on both their children is overstated.

Commendably, Bartlett’s story takes into account not just the predicament of the now middle-aged children of the baby boomers but their own perspective in older age – they feel they have worked hard and don’t understand their children’s reactions to their success. This is a story we hear less often and it’s a twist that should make you think, whatever your age.

Written 5 May 2012 for The London Magazine