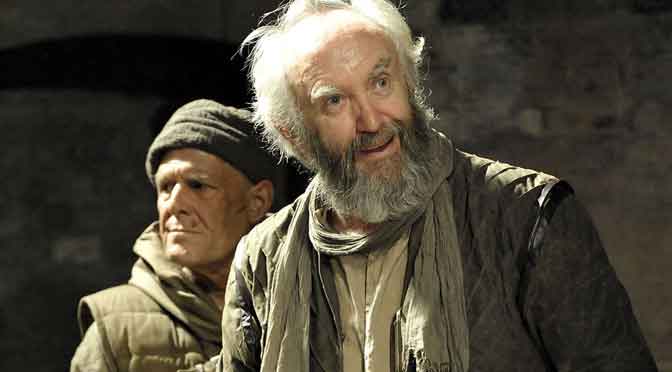 London audiences are spoilt when it comes to stars and Shakespeare. Depending on their age, anyone aspiring to credibility tackles Hamlet or King Lear, and we all get to benefit from the results. Among the exciting celebrity strewn shows, none is more splendid than Michael Attenborough’s latest production of King Lear at the Almeida, with Jonathan Pryce in the title role. Not only is Pryce gut-wrenchingly good – every aspect of this riveting production deserves praise.

Pryce’s Lear is full of subtlety and dynamism. By turns forceful and frail, he makes the character’s decline unbearably moving, even while injecting an unusual degree of humour into the role. But any banter comes with a steely edge – this is a man used to people laughing when he tells a joke. There is a residual power that makes it easy to imagine what kind of ruler he was.

There are also fine performances in the supporting roles, especially from the women in the cast. Phoebe Fox is a spirited Cordelia whose prickly edge makes it easy to identify her as her father’s daughter. Zoe Waites and Jenny Jules play Goneril and Regan with a terrifying ferocity that remains credible despite the extremity of their actions.

Tom Scutt’s design makes the most of the stripped-back venue, evoking prisons and army camps, adding to a tense production that at times is paced like a thriller. Attenborough’s attention to detail is captivating – watching the actors’ hands, as they reflect emotions from repression through to violence, becomes compelling. You will be gripped the whole way through.

Written 12 September 2012 for The London Magazine