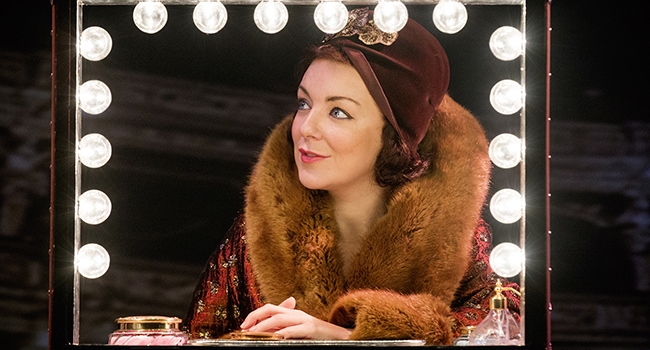 Sheridan Smith once again proves she’s a great star by making this the fastest selling production in the Menier’s history. But let’s not forget how brave her decision was to take on the part of Fanny Brice. Few roles in theatre are so intimately connected with one performer – Barbra Streisand no less – and this show is all about its leading lady. The joy here is that, like her predecessor, Smith makes the piece work.

Jule Styne’s musical about the Ziegfeld Follies comedy star – a rise to fame and failed marriage story – is too feeble a plot, despite the string of hit songs and Bob Merrill’s witty lyrics, to be anything other than a star vehicle. This production does well to showcase the talents of leading man Darius Campbell. And Marilyn Cutts can kvell with the best of them as Fanny’s Yiddisher mama. But both characters are written flatter than a matzo and are ultimately unsatisfying.

Smith’s interpretation of Brice is startling, even riveting. Of course, it’s clever to steer clear of Streisand’s well-known recordings, although a handful of occasions when the famous phrasing is simply better are still, studiously, avoided. But make no mistake – Smith owns the role with perfect comic timing and an ability to belt out a song if she has too. Most importantly is her sheer charm, which makes Brice’s success easy to believe. There are few performers who can win an audience over so quickly and completely.

New York bigwig Michael Mayer is the director here – a coup for the venue. And Isobel Lennart’s book has been spruced up by Broadway legend Harvey Fierstein. A transfer to the Savoy was quickly announced and there’s already speculation about the show travelling across the Atlantic. It’s clear the production is itching to get into a bigger space, and expanding Michael Pavelka’s design would be all too easy. I’d be happy to see it again and suspect it could be a rare instance of a move that is better bigger.