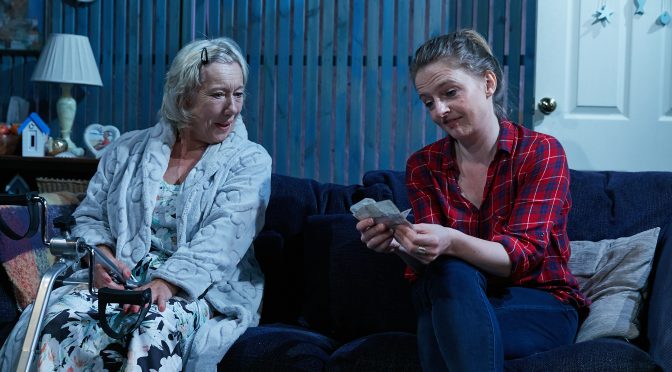 Alison Carr’s new play is a finalist for this venue’s Playwriting Award – reason enough to recommend it. And it’s clear why judges were keen; this is a carefully written, cleverly modest drama of motherhood and mental health that poses important questions, albeit a touch too slowly.

Carr benefits from a classy production: a trio of strong performances, solid direction from Yasmeen Arden and skilful lighting design from Ben Jacobs. The story of Claire visiting her recuperating mother Maeve in the family-run B&B turns into a tale not about an elderly relative but the wellbeing of the younger generation. Both Judith Amsenga and Tricia Kelly depict Carr’s strong characters wisely: there’s just enough sassy humour in Kelly’s affable landlady, while Amsenga brilliantly controls Claire’s flares of anger and panic. These are strong, well-written roles.

Although the guest house is supposed to be closed, a competitor in the annual ‘Birdman’ hang-gliding competition arrives in the middle of the night. Simon comes with a backstory about his hopeful flight off a cliff being a memorial to a dead girlfriend. Impressively, metaphors are kept under control and the character serves as more than a foil to Claire’s depression. It’s a third role containing subtlety that, again, gets a superb performance, this time from Alan Mahon.

There are twists in Caterpillar that ensure you leave the theatre with plenty to think about. But the play spends too long pupating. Startling questions arrive late, so they can be little explored – particularly with Simon’s character. The finale is grim, but shocking rather than moving. While it’s commendable to tackle the subjects of suicide and self-harm without sensation, the structure of the play ends up uneven. Carr’s turns of phrase and a good deal of humour make these flaws easy to ignore, but they stop the play from really taking flight.