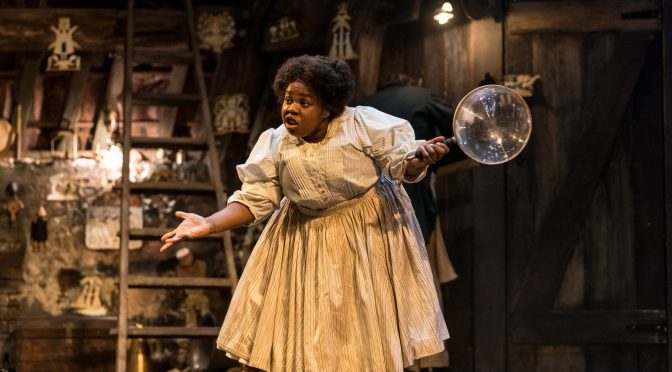 This world premiere from playwright Martin McDonagh marks the first year of Nicholas Hytner’s new home on the Southbank. McDonagh appeals too many, writing in a tradition the programme labels “Irish Gothic”, yet with an approachable modern tone that gives him a distinctive (and much imitated) voice. Here, fairytales are the material, a clever move as they share a sense of the macabre that is McDonagh’s forte. He proposes that Hans Christian Anderson’s stories were actually written by a time-travelling pygmy imprisoned in his attic who plans to save the Congo from Belgian colonialism… Not everyone could get away with that pitch.

The scenario is rich in oddity but poorly developed. Still, it’s clear that director Matthew Dunster is convinced, taking a reverent approach to the script that results in slow moments despite the short running time of 90 minutes. And the cast look as if they’re having a great time with McDonagh’s irreverence. Anderson’s stupidity and ignorance results in a flouting of political correctness only a psychopath can get away with and Jim Broadbent, who takes the role, makes the most of every joke. His fellow lead, playing the real writer, Ogechi, is a more interesting part. In this role Johnetta Eula’Mae Ackles is occasionally too focused on delivering her punchlines. Surely the atrocities of slavery should make the play moving as well as dark? Ackles excels, though, on the play’s ruminations about stories and writings of many kinds. As you might expect, McDonagh provides insight here. 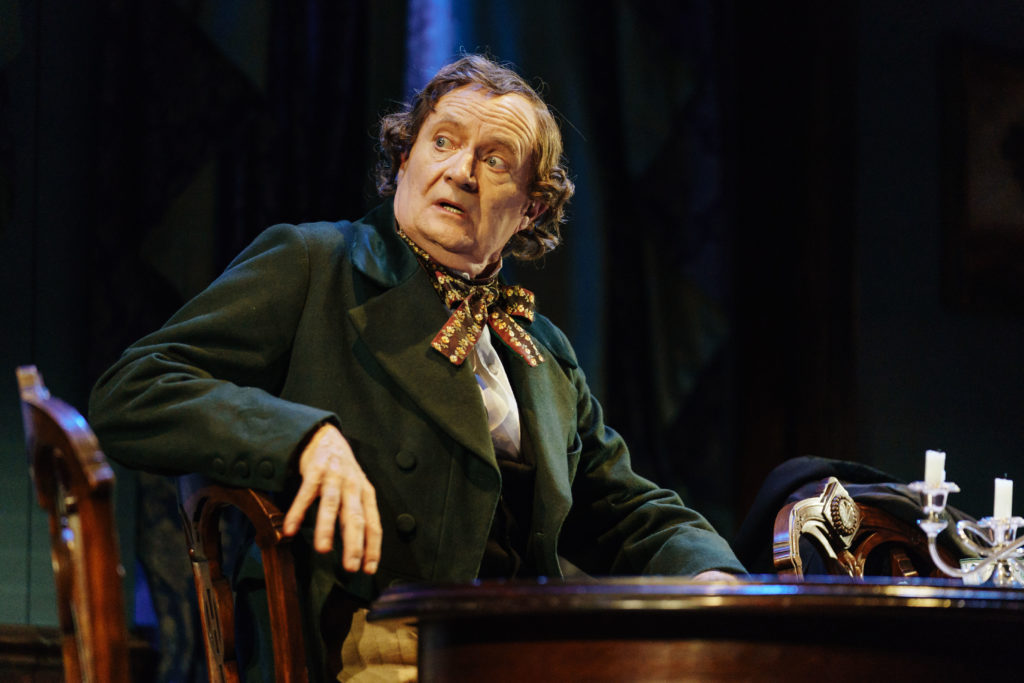 A Very Very Very Dark Matter is funny. As for the style of humour, nobody can complain about trades descriptions. But along with tackling the grotesque and his ability to make you squirm, McDonagh does rely on expletives. It works, and the laughter is deafening, especially when children are swearing, while Phil Daniels and Elizabeth Berrington, as a foul-mouthed Mr and Mrs Charles Dickens, put in good turns. But these jokes might strike you as easy. Especially when McDonagh can clearly do so much more: language difficulties between the British author and the Danish Anderson are much more inventive.

McDonagh takes on contemporary concerns about the canon and commemoration: cultural giants and statues of King Leopold of Belgium. But debate isn’t added to, so the inclusion of such history ends up puzzling. Humour is the selling point – arguably this can be an effective way of questioning the past and its narratives. But the play’s downfall is that is contains so little drama – unlike McDonagh’s other work there’s a lack of tension. Maybe the story is just too silly? Or too self-referential – pointing out the writing’s structure, to purposely deflate it. There’s never an edge-of-seat moment and, knowing how well McDonagh can write, this becomes frustrating.