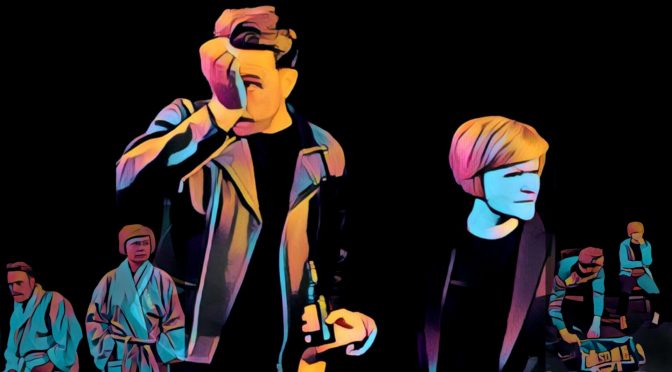 A set of strangers together in an isolated guest house might normally be associated with a murder mystery story, and there are puzzles in Martin Murphy’s new play, which he also directs. But his series of intimate glimpses into multiple lives is gentler than even a Miss Marple. Storytelling seem to be the purpose here – fair enough – but, while scenes are set up and acted well, they don’t develop far.

The odd building, converted into a hotel, is said to have had “many guises”. There’s a mish-mash of visitors, including a middle-aged couple having an affair and two youngsters starting a family, and a few too many metaphors to allow a comfortable stay. Themes of union and dissolution almost manage to link the stories but they’re a bit too open. And there’s a Brexit analogy that strikes a very odd note. The vignettes each have potential, but presenting only tasters is quite unsatisfying. It’s a tribute to the several characters that you want to see more and, as a way of showing Murphy’s versatility, the play succeeds.