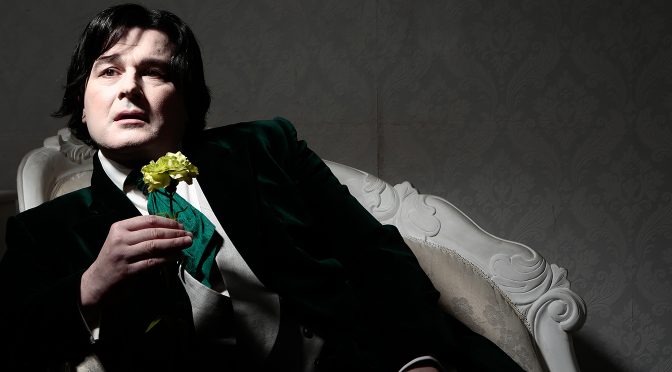 Here’s a one-man show with a difference. Gareth Armstrong’s adaptation of Oscar Wilde’s prison letter, De Profundis, takes a fascinating text and reveals its complexity admirably. As the genius author’s relationship with his lover Lord Alfred Douglas is recounted with considerable tension, an emotive case for a spiritual journey is presented. More than a monologue, the show is an intelligent engagement with a historic text.

Gerard Logan takes the role of Wilde. The performance is one of great subtlety and nuance. Already well-acclaimed, and rightly so, Logan presents an Oscar without exaggeration and few affectations. Nearing the end of his prison sentence, it’s a broken man that we see. But also one claiming to have rebuilt himself through suffering.

How convincing you find the humility of the self-proclaimed “lord of language” is for you to judge. How much of a victim to an uncontrollable passion is also open to debate. And how pain and suffering relate to plenty of talk about the soul might make your head spin. But Logan is utterly convincing when it comes to Wilde’s devotion to Douglas. And he is very good when it comes to showing Wilde’s terror at events. Further, with more than a little superiority and glimpses of cruelty, care is taken to ensure Wilde isn’t entirely likeable.

The evening ends with a further treat. A performance of Wilde’s poem The Ballad of Reading Gaol. It’s an excellent pairing that aids the argument within Armstrong’s text perfectly, and the influence of Wilde’s experience on his art becomes crystal clear. Accompanied by a sensitive score from Simon Slater, Logan’s delivery is a huge achievement. Surely this poem is the one last work of art discussed in De Profundis and the case made for the work’s status as a masterpiece. It is a rare treat indeed to hear a recital of this quality.