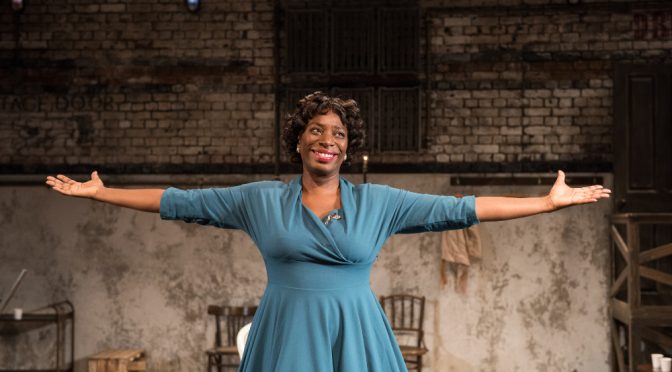 The advice is always to write about what you know. So it would have made sense in 1955 for African-American actress Alice Childress to set her play around the staging of a play – and to make both of them about race relations. Turns out that Childress knew plenty: creating a well-crafted text that ensures this exceptional production from Bath feels fresh, with a role for a leading lady that’s a dream.

The rehearsal scenario, expertly handled, is a great device, from which director Laurence Boswell generates tension and humour. It makes the play accessible and feel startlingly modern. As the black cast members debate the depiction of sharecroppers in the South, racism, art and the connections between the two are brought into focus. The pivot for all is character actress Wiletta and a star performance from Tanya Moodie.

Wiletta acts all the time. As she explains to a young colleague (great work from Ncuti Gatwa), you have to perform for the white crew and cast members even behind the scenes. This divide with the WASPs who run things creates fine performances from Daisy Boulton, as an idealist ingénue, and Jonathan Slinger, who tackles the fraught role of a tyrannical self-righteous director with characteristic gusto.

Then there’s Wiletta’s real acting. First, that engendered from the poorly written roles she suffers from – providing the clichés that the (white) audience wants. After this come glimpses of how she would really articulate the role. And, of course, the struggle between the two. With fascinating but perilously difficult layer upon layer, Moodie never gets lost and takes the audience with her. It bears repeating that she is stunning.

The racism in the piece is painful to watch. It leads to a remarkable monologue for Ewart James Walters as the eldest member of the cast recalling a real-life lynching. Yet it’s Childress’s use of humour that impresses most – adding an uncomfortable edge through the theatrical buzzwords of “relating to” and “justifying” a character’s motivation. The dissonance created between the real issues and their depiction on stage allows Moodie to show a “fighting mad” spirit, making the play burst out of its theatrical world to engage with real issues in a “militant” fashion.