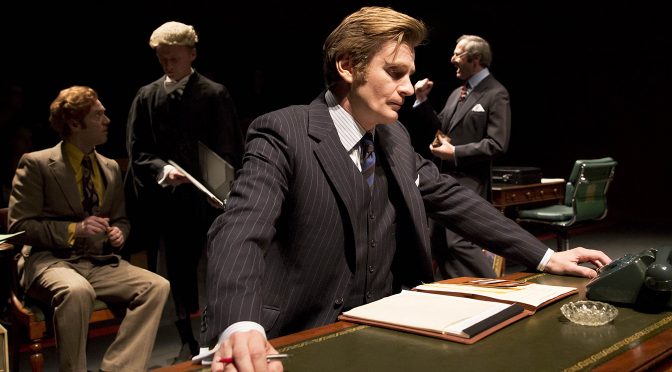 The scheduling for the National Theatre’s fund-raising lockdown-lifeline was organised a while ago, so a play about arrogant politicians and their mistakes can’t be seen as a current commentary. And anyway, in James Graham’s fantastic play the humanity of our Members of Parliament is to the fore, making it funny and moving as a result. Set between 1974 and Margaret Thatcher’s election five years later, these politicians of a previous age come off rather well. The current lot should be so lucky in their chronicler.

Too young to remember the events he so skilfully recounts (as one MP comments, it’s “anarchy out there”), Graham surely makes them slightly more interesting than they really were. Comprehensively and impeccably researched, this is a modern history lesson brilliantly told. All manner of boring bills and the arcane workings of parliament are made fascinating and funny. You honestly don’t have to be interested in party politics to find This House interesting.

Jeremy Herrin’s direction is a masterclass: what could so easily be confusing is clear, his appreciation of the comedy is perfect while at other times the pace resembles a thriller. Herrin is also careful to allow space for more poignant moments without lapsing into sentimentality – the script benefits as a result. It’s hard not to become attached to several figures, even with smaller appearances (the member for Walsall North and a subplot about mental health, played by Andrew Havill, spring to mind).

Focusing on the “engine room” of the Whips offices is Graham’s key move. On the Labour side, the roles of Walter Harrison and Ann Taylor prove the most interesting, making great roles for Reece Dinsdale and Lauren O’Neil, who play with how ruthless their characters are with appropriate efficiency. The jokes on class, gender, personal foibles and the 1970s range from downright howlers to subtle observation. The “aristotwats” they oppose are led by the brilliantly waspish Humphrey Atkins and the dapper Jack Weatherill, even stronger roles for Julian Wadham and Charles Edwards who are both brilliant.

This is a recording of the show’s transfer from the Dorfman (then Cottesloe) into the larger Olivier auditorium. The music accompanying the show seems less noticeable and Rae Smith’s design, including the audience seated on a moving stage (what fun) is understandably lost. A bigger problem is that the cast seems to be compensating for the bigger space. Yes, politicians shout a lot, but the lead Labour Whips, played by Phil Daniels and Vincent Franklin, bellow all the time and the roles suffer as a result. Filming exaggerates this further.

Nonetheless, as a “war of attrition” takes its toll on the Labour ranks, Graham’s questioning of cooperation and the constant deals politicians make comes to the fore. Remember that when it was written in 2012 the UK was dealing with its first coalition government since World War II. A long way from Machiavelli, lots of the machinations here are petty, the motivations mostly tribal. Neither detract from the drama and maybe one character becomes something of a hero? Without making excuses for our masters, Graham has shown one lot at least working hard and trying their best. 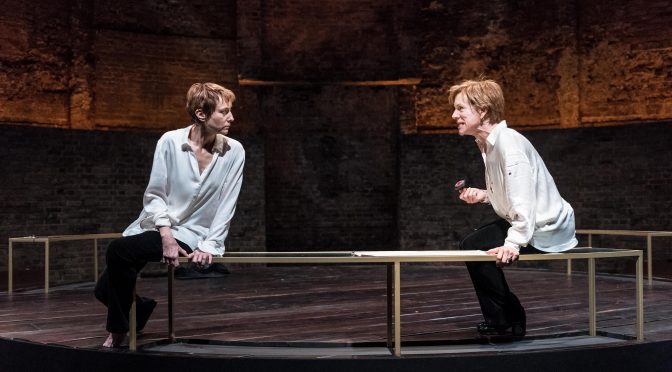