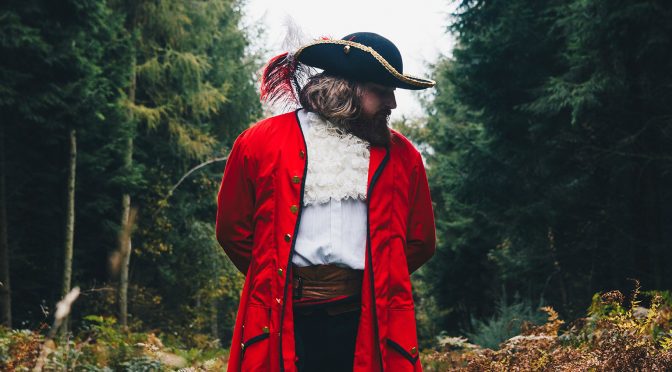 This new immersive musical uses the story of Peter Pan and the world of its author J M Barrie for an exploration of childhood and militarism. The psychological outskirts of this famous work of children’s fiction are fertile ground: John Logan’s play Peter and Alice took us forward in time well after the book’s publication, and Hollywood had a go at ploughing the subject with Finding Neverland. Here, though, too much background is taken for granted and the narrative presented is difficult to follow. Focusing on World War I and trauma in Barrie’s life makes for some moving moments but the show, presented by The Guild of Misrule and Theatre Deli, is full of frustrating flaws.

First, the immersive aspect. And an admission of some prejudice on my part – the opinion that many shows with this label benefit little from the technique. Here, real fans of the genre won’t be impressed – the audience is moved around, danced with, made to pass notes, and say a couple of lines but each attempt to include them is poorly employed. Spaces are separated too flimsily – noise travels through curtains – and becomes distracting. There’s a lack of guidance, of direction, that credits a crowd with too much. There may be a good play here but it becomes hard to tell what’s going on.

The actor-musicians run around a little too frantically and declaim rather too sincerely. When playing children, most of the performers allow a clichéd Victoriana to get in their way. And when the show becomes adult (a little swearing and an attempt at sexiness), it does so in a childish manner. All in all, there’s a sense of hyperactive youngsters few would wish to spend time with, while any of the insight Barrie’s fiction has into childhood is difficult to discern. There are also problems with projection – the venue doesn’t help – the notable exception being Dominic Allen as Barrie, who deals well with an interminable monologue towards the end of the show where ideas that presumably justify some of what we have seen are crammed in.

Ostensibly a musical, the chaotic treatment fails the songs by Gavin Whitworth. There’s a mix of styles, I can tell you that much, and some of them are interesting if anachronistic. Lucie Treacher has a fine voice and, had there been a stage for him to perform on, I am sure Tom Figgins has plenty of presence (his own music is worth checking out). But too many of the songs are interrupted by action elsewhere and the performers do not hold the attention of the audience. The score becomes a background soundtrack that’s difficult to assess, and the whole thing is just too much of a mess.