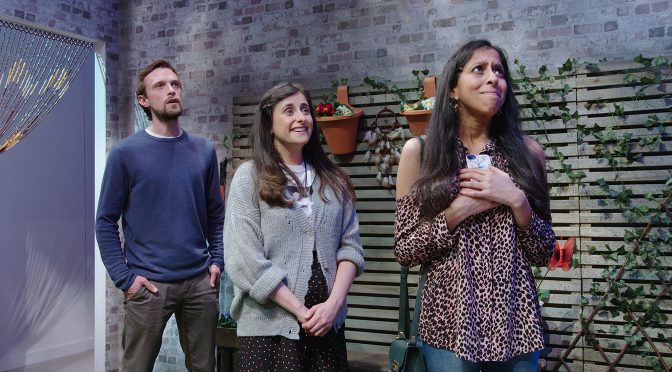 This super show from Yasmeen Khan is only loosely based on the Oscar Wilde classic. It is a strong play that stands on its own, while knowledge of the original adds humour. Much of the fun comes from relocating the action ‘up North’ – what a great idea – but there’s plenty of intelligent satire, too.

Staging act one on a film set is a neat way of dealing with Wilde’s engagement with themes of artifice and style. Here, Algy and Jack – now Jamil – are both actors. While Tom Dixon and Gurjeet Singh do a good job in the roles, it’s a small shame Khan decided not to follow Wilde and make both characters equally witty – the point about access to such careers would still stand. Instead, Jamil is endearing rather than amusing.

As with the recent version of Wilde’s The Picture of Dorian Grey from Henry Filloux-Bennett, social media plays a big part in the show. Khan raises good points and gets some jokes from her concerns. Jamil is a vlogger, under the pseudonym of Earnest of course, and his love interest, rechristened Gul, is glued to her phone, which makes the role rather flat (despite Nikki Patel’s efforts). Zoe Iqbal’s Safina, with her self-realisation and “manifesting”, is very funny. But both female characters seem weaker than the ones Wilde wrote, their scene together is disappointing.

It is with smaller roles that the show takes off. Both Miss Prism, a life coach, and Lady Bracknell, or rather Ms Begum, a hard-nosed businesswoman, make strong roles for Melanie Marshall and Mina Anwar (who also directs). There’s a lovely cameo appearance for Divina de Campo and a good part for Harriet Thorpe as Algy’s agent. Best of all is the appearance of a director, and the performance of this new role from Paul Chahidi. Wanting to workshop with Jamil, excited by his dropped aitches and the “pain” of his heritage, such sharp satire takes us to heart of Khan’s concerns.

Comparisons to the source material are only part of the story. Kahn hasn’t just set the action in a different place. By including characters of South Asian descent – with a wicked sense of humour – she raises plenty of issues and claims her own voice, showing style and substance at the same time. I’m sure Wilde would approve. 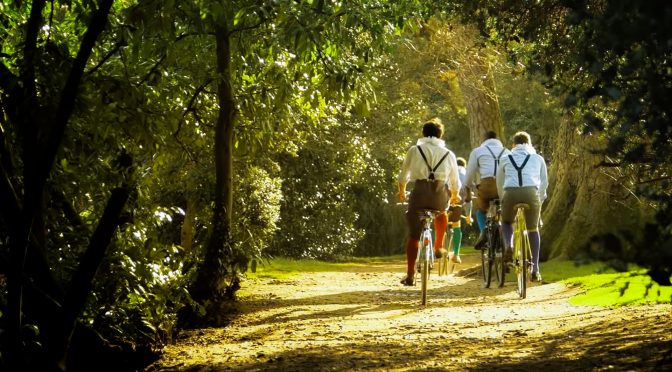 To celebrate five years of taking to their bikes to tour Shakespeare, this young company performed its potted version of A Midsummer Night’s Dream at Rotherhithe’s Brunel Museum. The spirit of fun adventure runs alongside the serious idea of environmentally sustainable theatre which has won them awards. And if you think cycling around with all your kit to put on plays is bonkers – I am sure that they would, amiably, agree with you.

The production is a bit mad, too. Having only four performers is a short cut to laughs. Cycling bells are the cue for characters changing and, you’ve guessed it, audience members are recruited. It’s all out for jolly japes and the company of friends works with a Boys’ Own spirit. Founder members Callum Brodie and Tom Dixon are especially assured, the former stealing the show as both Puck and Hermia. Calum Hughes-McIntosh and Matthew Seager also have experience with the company and it shows – both doing well with improvisation and crowd control. There’s a technical virtuosity that belies the casual feel here, and it’s an understandable flaw if the chaos is too contrived.

There’s no sign that all the cycling has tired anyone out – 12 countries, on three continents, performing to more than 50,000 people over the years – physicality is shown off at any opportunity. There’s now an all-female troupe on the road as well (I’d love to see how they might change The Chap atmosphere), and As You Like It is touring in, ahem, tandem. Comedy to the fore, and all that open air, is clearly working wonders. And good luck to them.

The HandleBards current tour runs through to September 2017