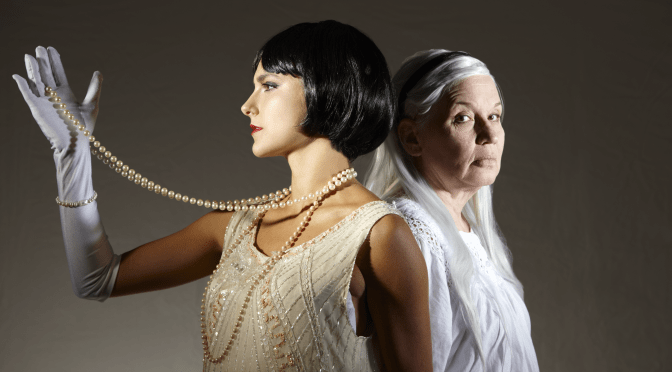 A pop-up theatre in the heart of the city, the rather swanky 6 Frederick’s Place has been commandeered by the So And So Arts Club for an ambitious repertory season of new plays. Established by actress, director and producer Sarah Berger, its membership of industry professionals aims to create its own paid work (much produced on the fringe fails to pay), and it’s a valiant effort deserving support.

If the play I saw is anything to go by, So And So is a club to keep an eye on. American Venus, by Leslie Mildiner and directed by Berger, gives a glimpse into the life of silent film star Louise Brooks. It’s an excellent vehicle for the acting talents of the superb Susan Penhaligon. Much is made of the aged Brooks sex-obsessed foul-mouthed selfishness, she would “make a saint spit”, but there’s clear potential to expand this hour-long play. The stories of those around her are interesting, especially her primary carer, Phyllis, performed commendably by Mary Keegan. And her early life, with snapshots performed by Angharad George-Carey as a young Louise and Tim Walton as Charlie Chaplin, who are both captivating, leaves you wanting more.

There are three more plays this season, written by Claire Whitehead, Shelley Silas and Brian Parks, and a musical from Stephanie Smith and Monica Sik Holm – so plenty of talent to spot. Next up is an international festival (the club has members in nine countries), Women And War, from 25 October to the 7 November. Follow them on twitter @soandsoartsclub or, if you are in the business, get in touch to see what you can do for each other.