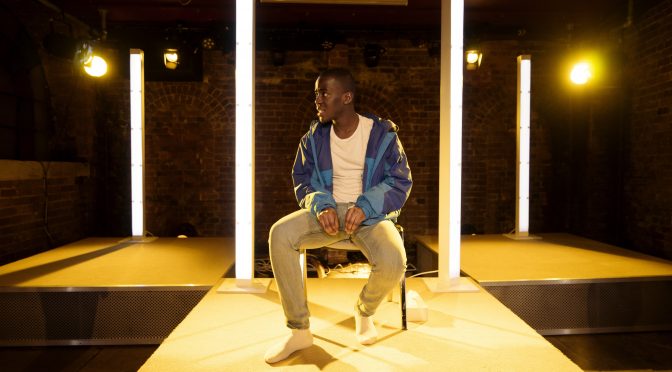 Tim Cowbury’s play tackles the topic of asylum seekers with intelligence and a beguiling sense of humour.

Following one claimant called Serge, the smart stroke is to play with language difficulties. Lumbered with a poor translator, confusion proliferates over Serge’s arrival in the UK and his motivation for staying. Working with often painfully funny material, the talented cast members bring clarity, whether characters are struggling to communicate in English or in French, with a skill that complements the playwright’s games with language.

The bigger theme is that Serge’s story isn’t the one his interviewers want to hear. In a careful twist, his life is “ordinary”. He has a home and a job and arrived in the UK for reasons he simply doesn’t understand. It’s a bold move for a playwright to underplay the drama with the mundane – and you couldn’t call The Claim gripping. Yet Ncuti Gatwa makes our everyday hero a figure who commands respect: when tears come, they are out of a controlled frustration.

Sadly, Cowbury stumbles with his two officials in search of a more dramatic backstory. There’s nothing wrong with the performances from Yusra Warsama and Nick Blakeley – both are thoughtful and creative actors – but Blakeley’s hapless interpreter can barely put a foot right, and the part comes close to old-fashioned Liberal bashing. Warsama’s intriguing role needs more material if Cowbury is to persuade us of the “fixed process” of a system more concerned with narrative than the truth.

Mark Maughan’s direction has a calm confidence befitting the play. The municipal setting of Shoreditch Town Hall helps, too. Characters frequently address the audience, a technique seldom as unnerving as it is intended to be, but the intention to provoke is admirable and the play’s fresh approach is welcome.

Until 26 January, then on UK tour.