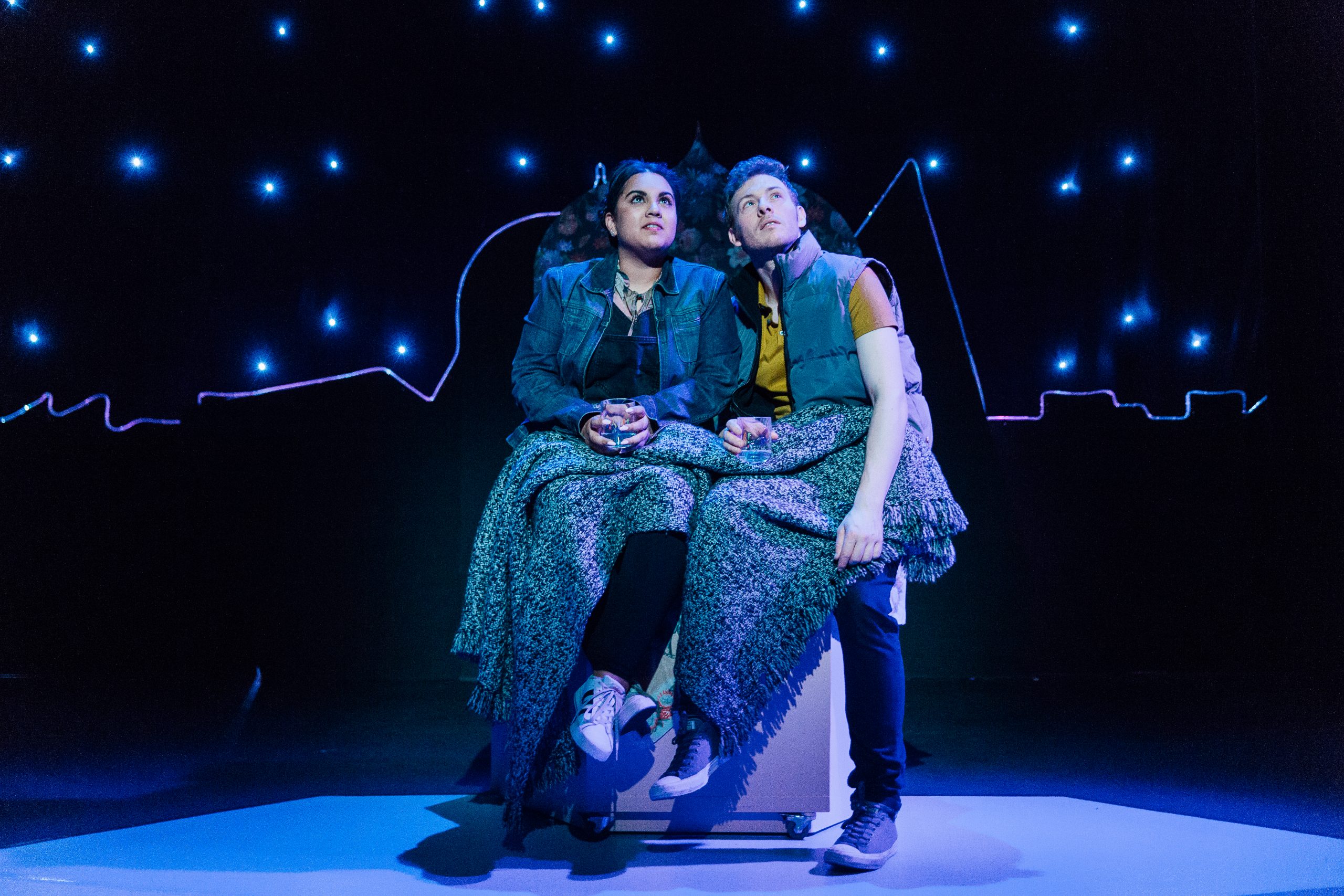 Guleraana Mir’s debut production shows a writer of sound promise. This is a romantic comedy of multi-cultural manners with a great sense of humour, but looking for serious commitment. The titular insult is that someone can be brown on the outside yet white on the inside and our heroine Rumi comes to ‘own’ the label in Millennial style, providing an alternative happy ending in the process. Audiences are ripe for different kinds of stories just like this – about a young modern Muslim woman – and Mir’s writing is a terrific response to demands for unstereotyped diversity, with a brilliant lead character and an emotional journey that feels realistic, regardless of how modish.

There are problems, which a firmer hand from director and dramaturg Madelaine Moore might have corrected. Structurally there are too many short scenes, some of which could be cut, and there’s a lack of confidence about when to call it a day. Considering the clash of cultures, with Rumi’s double life of booze and bacon, there’s surprisingly little tension – maybe that’s the point? The role of Simon, Rumi’s love interest, relies on the performance of Jimmy Carter to really work; his conversion to Islam is relegated to a subplot and big issues aren’t addressed with enough attention. Likewise, the character of an Iman is uncomfortably flat, the scenes are slow, and the subject matter cries out for more perspectives. The wish to meet parents, vividly mentioned, threatens to become overwhelming.

Coconut is resolutely one woman’s story and, thankfully, what a woman. Rumi commands so much attention she has an alter ego – brilliantly portrayed by Tibu Fortes as a fantasy figure called Riz – and is overall adorable. I am biased, since she is a blogger (food, not theatre) but her frankness, self-knowledge and above all risqué humour should win over anyone. Here’s Mir’s strength: the comedy is brave and strong, with several laugh-out-loud moments. In the lead, Kuran Dohil is a real find, it’s hard to believe hers is the evening’s second professional debut, so comfortable does she appear on stage. The play’s finale sees a new career for a Rumi as a stand-up comedian, billed by Time Out as “one to watch”. With her delightfully natural performance and impeccable timing, I’ll second that review.