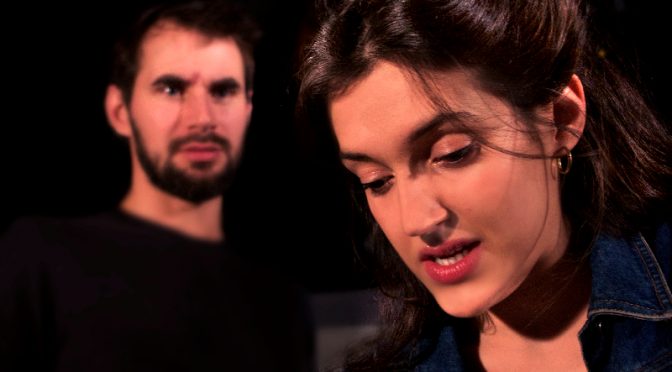 A new theatre group, The Company of Strangers, which includes writer and director James Christopher, have made a credible debut with their first piece, Charlie’s Dark Angel. Unafraid to use whatever it takes to try and unsettle the audience, including sexual tension and intimations of the supernatural, the play is a satisfying thriller. Set around a reunion between two school friends, exploring a dark incident in their past, a consistently sinister atmosphere is successfully maintained throughout the play.

Ben Porter is convincing as the congenial, anxious Charlie. Joannah Tincey is superb as his no-nonsense wife Susan. Disrupting their lives comes Ella, with Phoebe Pryce making a professional debut she can be proud of, despite playing a somewhat blandly drawn femme fatale, and the sinister playboy Eric, played by Kieran Gough with predictable psychopathic charm and a talent for injecting suspense.

Christopher’s direction and script might have been trimmed slightly but the plot rattles along nicely. Film noir is said to the inspiration and you can sense an undertow of overblown humour that could have been developed further. More akin to a tale of the unexpected, the play’s twists become satisfyingly odd and there’s enough talent behind the whole show to maintain credibility and entertain.