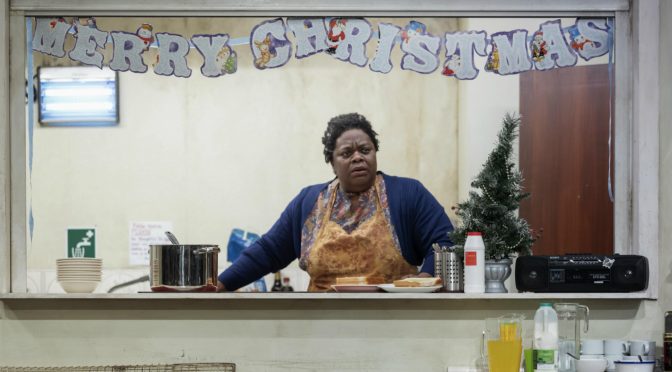 Faith is missing. She’s a four-year old girl taken from her unstable mother and desperate older brother, brilliantly portrayed by Susan Lynch and Bobby Stallwood, in Alexander Zeldin’s new play. The heavy irony – that Faith never appears – sets the tone for this bleak piece, and there’s a sinking feeling throughout this painful look at the most vulnerable in our society.

Faith is present in one sense, as Zeldin places a lot of it in his audience’s patience. Directing his own work, the pace here is glacial: there’s little action, plenty of random conversations and, since the setting is a soup kitchen, lots of cooking and eating. I attended just after the press night and, regrettably, more than a few people left at the interval. But the verisimilitude achieved by all the detail here is remarkable. With the aid of Natasha Jenkins’ design and some marvellous lighting from Marc Williams, many of the short lines and tiny actions bring a tear to the eye. It isn’t easy viewing, but Zeldin’s bravery at demanding such patience creates powerful theatre.

Hope comes in the form of Mason, a role that Nick Holder makes his own. A volunteer with the choir at the community centre, he talks of “growth” and tries so hard to help it’s impossible not to adore him. Holder carefully hints at his character’s vulnerability from the start and, when we learn how damaged he really is (in a scene where both Holder and Lynch shine), the pain is raw. Although a leader for the group, Mason has as many problems as any of them and, as we see each of ensemble try so desperately to help – when they are so ill-equipped to do so – the play becomes heart-wrenching. The tiny gestures of concern and all the courtesy (I’ve never heard the word “sorry” spoken so many times in one play) are overwhelming as the problems each person faces are revealed. Alan Williams’ performance, as the eccentric Bernard, has to be highlighted: as the character sinks (there’s that word again) into dementia it becomes clearer how alone and helpless he is. The truth is that these people, each depicted so carefully by the ensemble, don’t have a chance in our society.

The neglect in Austerity Britain is all the crueller when it comes to what Zeldin sees as the greatest of these virtues. Charity defines the role of Hazel (Cecilia Noble), the manager and chef at the centre. It’s clear that she is an ideal for all these people, but the character is grounded by Noble, who makes no end of self-sacrifice believable. As the pressure mounts, in her personal life and over the future of the crumbling building, Noble’s performance goes from strength to strength. The achievements of Hazel and Mason, keeping people fed and arranging a small singing concert, aren’t small. But it’s no plot spoiler to say that Zeldin can’t give us a happy ending. Hazel hasn’t sung for years and, when she joins the ‘choir’, the result is a painful cry for help that confirms the play as a damning indictment of our times. 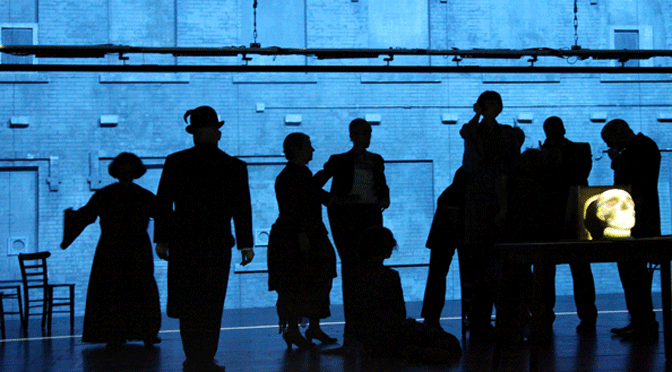