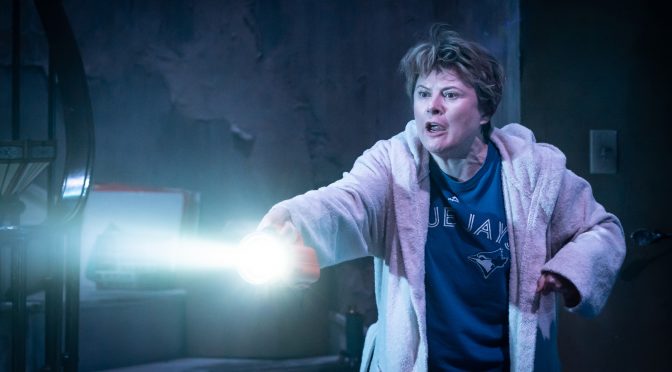 Newly appointed artistic director Michael Longhurst has his first big find for the Donmar with this excellent play by American writer Branden Jacobs-Jenkins. The production is impeccably directed by Ola Ince with a precise hand which complements the depth of the script. Set over a fraught weekend, as the Lafayette siblings fight over the sale of their family home, the play looks at legacy – historical, financial and emotional – hitting on important themes. But Jacobs-Jenkins has a steely eye on the present and his touch is comic. Appropriate is a smart satire, all about behaviour far from befitting. But first of all this is a play with real belly laughs – a super strong comedy not to be missed.

The former plantation house, containing some trigger warning trash, serves as an appropriate location to consider ghosts from the past. Ince provides the spookiness suggested in the text superbly. A hint of horror amongst the comedy adds fun but is also a warning note: no matter how bad things get, a house with its own slave graveyard has seen worse. In the present, and without catastrophising – there’s plenty of that from the privileged characters – the Layfayette’s make a sorry lot. When they see a chance to profit they rush to take it. With questions of appropriation left aside. Meanwhile, the hang-ups and addictions of three generations crowd the stage. It’s quite the crisis for what used to be the elite; as we move from family drama to state of the nation play, dysfunctional is the word.

These “misfit disaster people” are awful enough to get a lot of laughs; prepare to gasp at what they say when their blood is up. But Jacobs-Jenkins makes sure none of them are irredeemable. There’s a reason for older brother Bo’s greed and Steven Mackintosh’s performance in the part carefully shows us a man under pressure. Meanwhile Edward Hogg, as prodigal son Frank, is appealingly offbeat – until how much of a delinquent he really was is revealed. As their partners, Jaimi Barbakoff and Tafline Steen both excel with themes of nurture and motherhood, flipping from sensible concerns to exaggerated fads. Both characters are sources of fun – sensitive, privileged and modish, they’re easy to mock – but the women can hold their own. No matter how silly or objectionable the opinions shouted by all, it’s not easy to dismiss these people

Ahead of them all is big sister Toni, both formidable and fragile. It’s the role of a lifetime for Monica Dolan who impresses with every line. Toni is “disgusting” plenty of times – rude, racist, overbearing and oversensitive. But there’s no doubt that she has borne the brunt of looking after the family and her father. Sharp as a knife and nearly always funny, with her common sense up against political correctness (always popular), Toni has the play’s most moving moments too.

Plenty of theories and trends meet the messiness of real life here, which proves emotional as well as entertaining. The characters’ pain always convinces and causes us to pause. Since everyone is selfish, it’s harder to take sides than you might think. Jacobs-Jenkins makes us laugh and leaves us thinking, as you try to work out if anyone is ever acting appropriately. And what your proper response to what you’re watching should be.