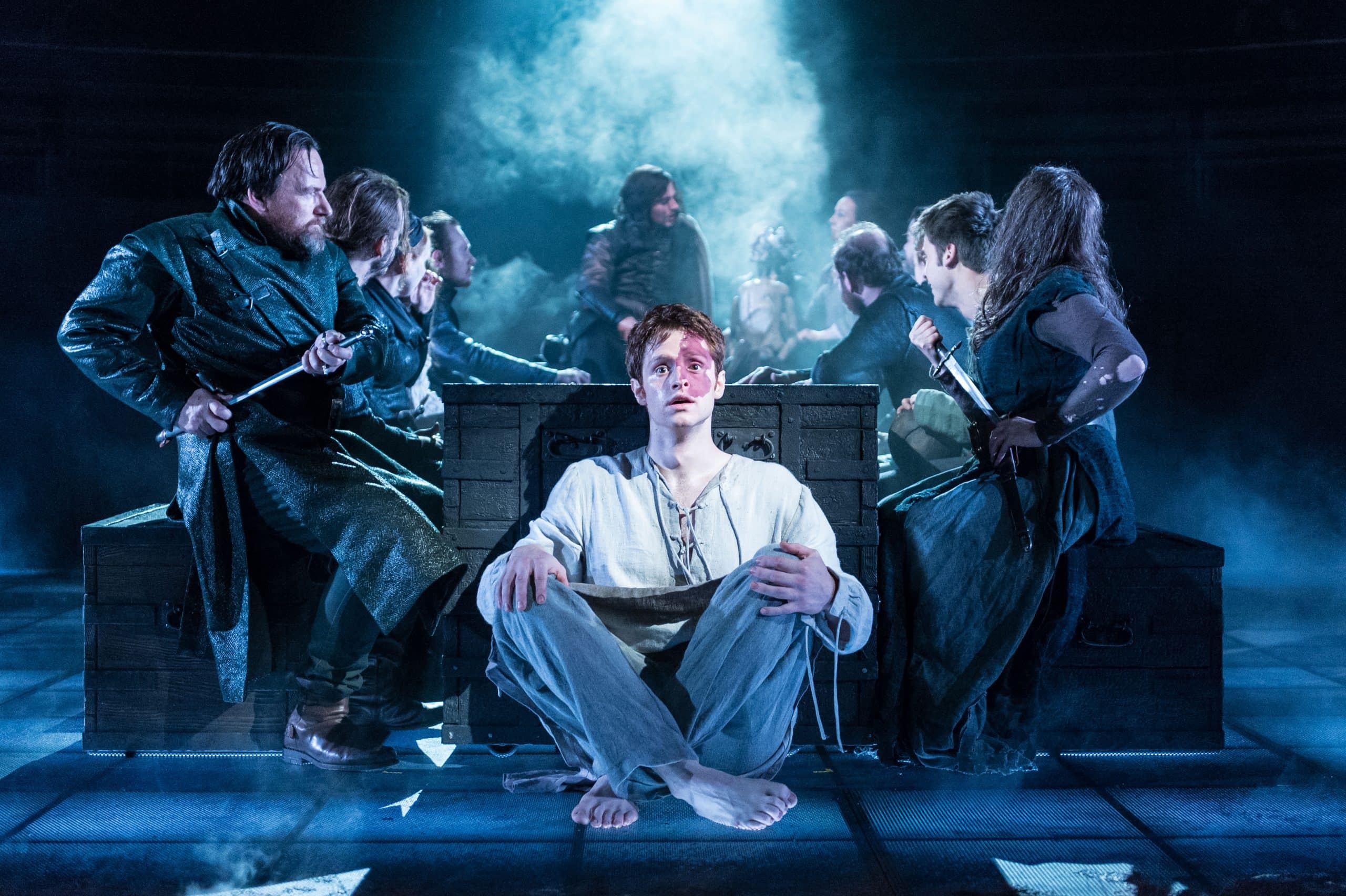 James I: The Key Will Keep The Lock gets off to a rollicking start. It’s the story of the first King’s return to Scotland from England, where he was held captive, establishing power amongst warring chiefs and battling with the powerful Stewart family. James McArdle takes the lead in style – his might be the finest male performance of the trilogy. There’s plenty of action and even the ghost of Henry V. Best of all is his romantic relationship with his English Queen Joan, performed with spirit by Stephanie Hyam, which has an authentic and unsentimental ring to it.

James II: Day of the Innocents takes a different approach, looking at the trauma the next King suffers from seeing his father murdered and being abandoned by his mother. James’s early years are manically reconstructed, using puppetry and a lot of running around, so it takes a white for Andrew Rothney (pictured above) to get into the title role. There’s another strong wife, but of greater interest is his relationship with Mark Rowley’s Douglas, the best friend he subsequently betrays. This is a fascinating mix of rivalry and compassion as the two bullied young men fight for their independence.

Although the writing for women is strong throughout, Munro really focuses on the ladies at court in the final play, James III: The True Mirror. This King is an aesthete, and a lascivious one at that: think Edward II in a PVC kilt. The play has an even more modern feel to mark this ruler out as the first Renaissance monarch. Jamie Sives takes on the role with an extravagant bravura. But the attraction is his Queen Margaret, played by The Killing star Sofie Gråbøl, who is thoroughly engaging in every scene and benefits from being joined on stage by the excellent Blythe Duff, who excels in all three plays.

Munro’s writing is assured. What could have been dry history and, given the recent referendum, a victim of obvious political points, is fresh and often funny. She brings out questions of autonomy and responsibility lightly and her thoughts on family and loyalty are absorbing. Full of modern touches, most notably some ripe language, Munro creates distance with the Shakespearean parallels her work inevitably evokes. Laurie Sansom’s direction is a grand achievement, although there are moments when it feels unsubtle, a little like the giant sword that presides over the action. The prop is big but not clever, unlike the plays themselves, which are grand and intelligent. Try to see as many as you can.

Written 26 September 2014 for The London Magazine