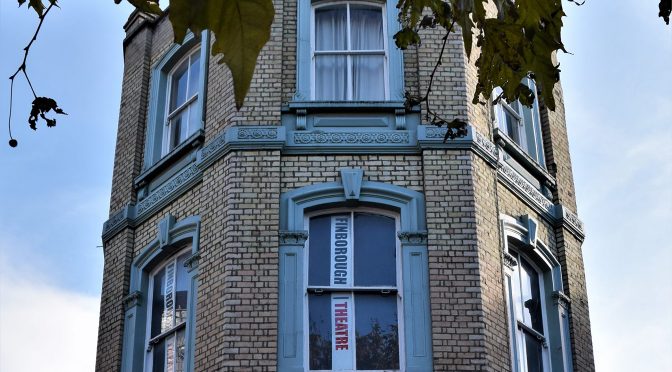 Highlighting its strong reputation for rediscovering classic plays, this lockdown offering from Neil McPherson’s treasured venue had not been performed in London since 1944 when it was revived last year. Expert director David Gilmore shows us what we’ve been missing with a production of the highest quality.

It’s easy to see St. John Ervine’s 1913 piece as an English version of Ibsen’s A Doll’s House. The honesty about an unhappy marriage must have been just as shocking to Edwardian audiences as the Norwegian’s work. The frustrated, intelligent and independent Joan is a nice match for Ibsen’s Nora. And Joan is a similarly great role for an actress – here, Alix Dunmore embraces the opportunity to her credit, steely and dignified with a melancholy regret sustained throughout.

Ervine’s writing is solid. If the plot plods and there are some laughs at the outdated sexual politics, Joan Clegg is a robust piece. The inspiration of Ibsen runs deep – an attention to detail that naturalism insists on means the play stands on its own, rooted in a particular time and place. Gilmore does well to nurture these culturally specific touches, supported by performances from Victoria Lennox and Sidney Livingstone, as the mother-in-law and the husband’s manager. A sense of social constraints is strong but never over-stated.

As for that “absolute rotter” of a husband, Henry, that he isn’t a total turn-off is more to the credit of Brian Martin’s performance than the writing. Henry’s stubborn arrogance as his lies – and Joan – catch him out provides drama, despite being predictable. With Henry around it’s too obvious that Joan’s cry of “I demand as much as I give” isn’t going to be heeded. Her independence is a bit too much of a relief for a modern audience. But hearing about Joan’s life, over a century later, is powerful and stylish thanks to fine work from Gilmore and Dunmore.