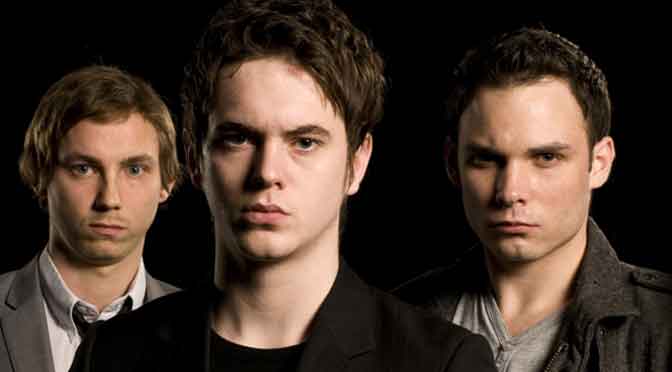 When Polonius introduces the players to Hamlet, he describes their talents in a variety of genres – “tragedy, comedy, history, pastoral, pastoral-comical” and so on. Similarly when Zak, the street artist storyteller in Philip Ridley’s new play Moonfleece, is introduced it is as someone who can convey “Fantasy. Thriller. Thriller-fantasy. Comedy-weepie-fantasy”.  Ridley knows all these ingredients should be present in a good story – and they certainly are in this one. It is almost as if he has taken inspiration from the venue that hosts this new premiere and created a Rich Mix indeed.

The setting is not Elisinore but East London. Not a castle but a derelict tower block. Again, Rich Mix, as Shoreditch’s new arts venue based in a converted leather factory, seems appropriate. Of course every Englishman’s home is his castle and Curtis, played by Sean Verey, has taken this truism to heart. Returning to his childhood flat, he is quick to point it out to the squatter that he finds there.

It seems this is to be a political play. Curtis is stepson to a potentially powerful right-wing politician. In attendance are his goons, Gavin and Tommy, Ashley George and Bradley Taylor respectively. All dressed in smart, slightly too tight suits, they are making an effort to look and behave respectably. Tommy has the frustrating job of keeping Gavin in line; motivated more by his friendship with Curtis his character has more depth, but both these thugs are distinctly unlikeable.  Their ignorance makes them an easy target for humour. Not that the threat of right-wing politics that Ridley observes isn’t real, while his characters are predictably moronic enough to be the butt of jokes, Ridley understands the power of such hateful politicians comes from the stories that they tell people.

It’s stories again. Curtis has come home because he is haunted by a story from his past. Into the action enters his former girlfriend Sarah. In this role Emily Plumtree shows a convincing repulsion for the fascist her old childhood sweetheart has become, but also sees past the politics to his pain.  For reinforcement she brings her friends. Alex, played with great energy by Krupa Pattani, and would-be journalist and activist Jez (David Ames), who could easily have walked off the Shoreditch streets with his perfectly pitched cool attitude. Central to the task at hand is Nina, a child librarian-come-psychic who is about to conduct a séance at Curtis’ request.

Sian Robins-Grace plays Nina with great charm and she skilfully holds this strange band of eccentrics together for the gripping events. During the séance, Sean Verey’s performance becomes increasingly impressive as tension mounts and then deeply moving as Robins-Grace coaxes Zak into telling the final part of the story.

A late arrival on the rather densely populated stage is Zak (Beru Tessema), who has a captivating energy. Constrained by a promise not reveal events, he constructs a story to explain what has happened. Given plenty of clues, the audience may guess the outcome but the journey itself is worthwhile. As one of the characters remarks, this isn’t the stuff of Disney, but for all the fantasy and bizarre, surreal content, this tale is a way to the truth. Painful for both his character and his audience Zak’s narrative seems to embody the role of the playwright. Like the rest of this play his speech is wonderfully written.  Moonfleece is a dark and disturbing, yet strangely magical fairytale for our times.

Written 4 March 2010 for The London Magazine