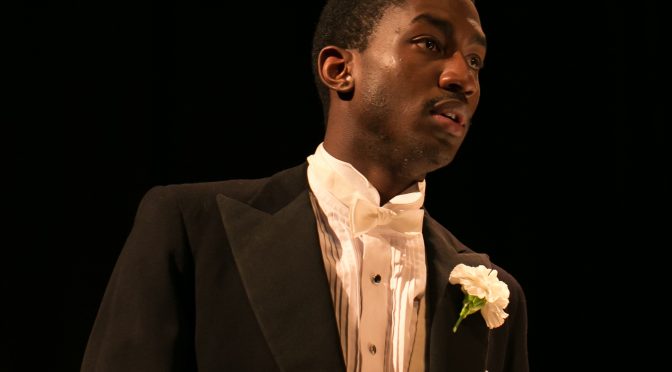 Hutch is the story of Leslie Hutchinson, a hugely successful cabaret and recording artist of the jazz age who was once the toast of London. The Grenada-born lover of Cole Porter and Edwina Mountbatten, his is a story of racism, sex and scandal played out to a fantastic soundtrack. The material is a gift, but its adaptation by Joe Evans into a play with music is a frustrating disappointment. Hutch’s life cries out to be dramatised, but it deserves better than this.

Evans seems to have got too close to his material: there‘s not enough background and little sense of period. Using Cole Porter’s lyrics adds some neat ironic touches, but it often seems forced and simply interrupts the music – these are great songs and we don’t get to hear them properly

Director Linnie Reedman goes for an informal party feel – starting well with the Halbwelt Kultur cabaret making a giggling guest appearance that gets the crowd going – rather than attempting big musical productions. Fair enough but, with the exception of a lovely solo by Alma Fournier-Carballo, there isn’t enough time to successfully create an atmosphere.

The relationship between Porter and Hutch, presented at one point as an abstract division between composition and interpretation, sounds fascinating but is glanced over. Instead it seems we’re supposed to be shocked by their relationship and the Mountbattens’ open marriage. Even worse, the racism Hutch was a victim of receives only tokenistic mention.

The cast do their best but cannot save the show. Janna Yngwe does a terrific turn as Jessie Matthews and Nell Mooney’s performance as a long-suffering Mrs Porter is thoughtful. Sid Phoenix makes Porter a rakish, arrogant figure who commands the stage – something of a problem since all eyes should really be on Hutch. In the title role, Sheldon Green isn’t given the chance to convey the charisma that we are constantly told he possesses. Still at college, Green’s performance, like the show itself, is one of potential wasted.