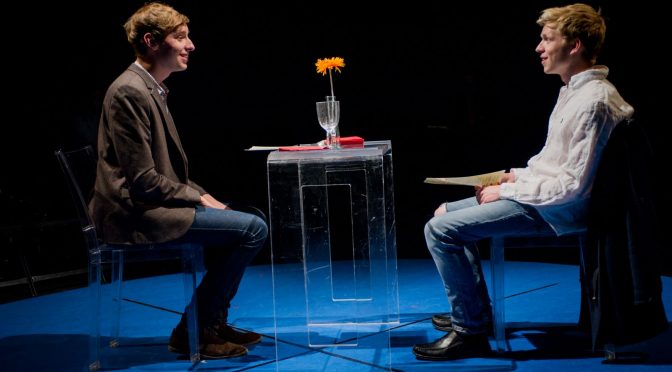 Shaun Kitchener’s AIDS play, whose flyer boasts that ‘nobody dies’, takes inspiration from the improved outlook for those who are HIV positive. An upbeat AIDS play is a great idea and more than timely. And, for a debut play, Positive is very good indeed. After a slow start, the second act becomes more dramatic and much stronger. But the play’s amiability, down to its disappointingly gentle humour, is almost needy – it’s just too damn likeable.

Benji (Timothy George), dating again a year after discovering he is HIV positive, is our hero. Also earning admiration are his flatmate and her boyfriend (Nathalie Barclay and Paul Heelis), keen to do volunteer work abroad. All three are smart and likeable and the capable performers can do little but shout this. There’s also Benji’s potential new boyfriend, played by Kitchener, whose acting is as charming as his play. But, along with the practically perfect doctor (Claire Greenway), there’s no tension here. Even the piece’s villain, a role Ryan J Brown gets a lot from, is little more than a fool. 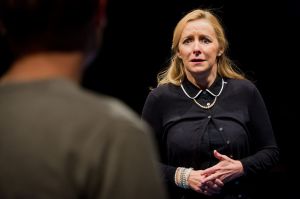 It’s only Benji’s mother and her ferocious, if frightful, efforts to help that hit home (and result in a cracking performance from Sally George, pictured). All the other characters are too idealised, with little exposition and an excess of sophistication. Kitchener seems too enamoured with these characters to make them believable.

Director Harry Burton does little to tame blander moments. The biggest problem, ironically one I suspect Kitchener fears, is a slide into TV territory, with a cutting remark about Christmas Day on EastEnders. Positive is far from soap opera, but perhaps it could have been even better. The structure of the play, which goes back and forth in time, suggests exciting possibilities. And politics, so often present in earlier responses to AIDS, are absent. It’s likely that Kitchener has more in store, so here’s to subsequent, bolder works.