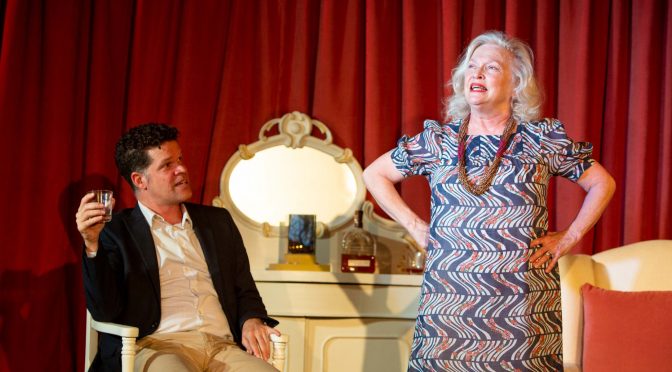 This is a disappointing play from the talented American writer Keith Bunin, who so impressed last year with The Busy World Is Hushed at the Finborough Theatre. The Unbuilt Cityis a two-hander featuring an academic trying to acquire the archive of an aged philanthropist. The plot is too low-stakes to engage, the characters too predictable to excite and, although the play has plenty of ideas, none is sufficiently explored.

The scenario has echoes of Henry James’ The Aspen Papers. And, like James’ novella, this is a cerebral affair. The archives treasure consists of a plan for a utopian New York. The poetic potential of such idealism is interesting, and the excitement about the famous ‘paper architect’ of the plan is conveyed effectively. Along the way, we ruminate on inequality, history and memory, with some lyrical moments and a strong sense of what it’s like to love a city. But the play gets bogged down in its fireside wisdom, displaying a sentimental streak that’s lazy and results in platitudes.

Many faults could be excused if the characters convinced. While I found the dialogue credible for such an erudite couple, their rapport is minimal and poorly developed. Jonathan Chambers plays struggling writer Jonah with his heart on his sleeve, robbing us of what little tension is written for the role. Sandra Dickinson has a more interesting part as the heiress Claudia and there are moments when she is moving. She seems severely hampered by her costume, which could be easily remedied. More seriously, the character is again played as too likeable, so her reminiscing seems sweet and something to indulge rather than consider seriously.

It’s hard to believe Claudia wants, let alone needs, to be “three or four steps ahead” of Jonah in negotiations over her estate. Bunin calls a ceasefire before a battle of wills even begins. Director Glen Walford aims to remedy the play’s static quality, understandably, but her efforts fail. The delivery is rushed in an effort to generate energy and the cast roams about the cramped stage inexplicably. It all makes for an uncomfortable production of a floundering script. 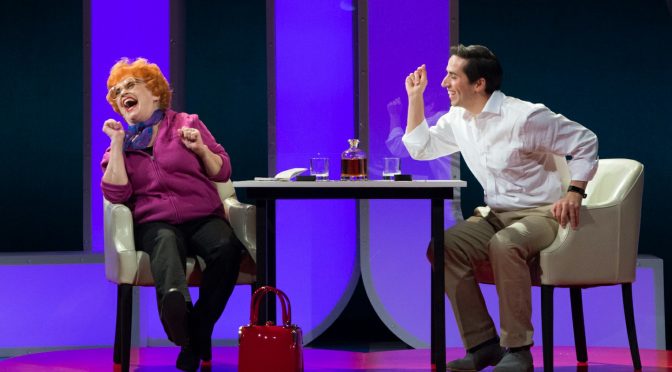 This true story of the friendship between comedy queen Lucille Ball and the play’s author, Lee Tannen, is a gentle, heartfelt and entertaining tale.

Essential to the show’s success is Sandra Dickinson as the sit-com idol. Her frequent joyful laughter is infectious, while the foibles of a megastar, aware of her status and wealth, are fun, too.

While Lucy gets the laughs, the play is really about Tannen, an adman who finds himself in “Gay Icon Heaven” through his friendship with his childhood heroine. It’s a big role for Matthew Scott, who has to win the audience over twice – as a narrator and protagonist – while displaying an adoration most would find incredible.

The presentation of Lucy’s biography is sometimes stilted, with a touch too much taken for granted, and Scott often seems uncomfortable. But Scott succeeds in conveying Tannen’s charisma, abetted by an extensive OBCR collection (*if you have to ask…), which is obviously great preparation for any friendship.

The second act adds some invention, including an appearance by Lucy’s ghost, but the script is sweet rather than slick. Ball’s decline, professionally and physically, is affective. Dickinson and Scott make a great team as the intimate and supportive relationship becomes symbiotic. This isn’t the kind of friendship we see depicted often, making the play feel fresh and intriguing as well as moving.