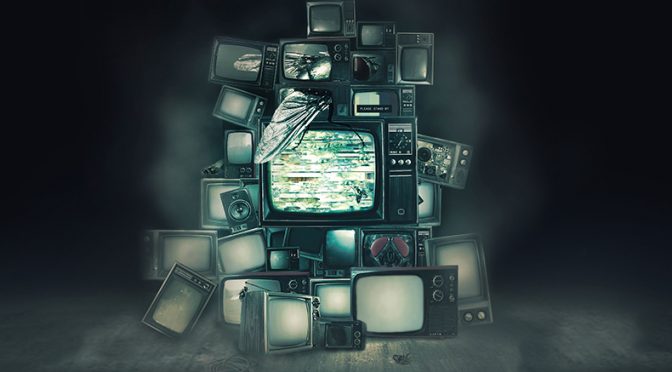 Exchange Theatre brings famous foreign works, seldom seen in the UK, to London and great credit to it for this. Alternating weekly between performances in English and French, the company remit feels increasingly important in our potentially insular times. And this chance to see Jean-Paul Sartre’s 1943 play is far too rare. Maybe it’s the high stakes – or great expectations – that make the production a disappointment. Regrettably, it cannot be recommended.

Sartre’s take on the story of Electra has the people of Argos enthralled by a cult of communal repentance, inspired by Aegisthus and Clytemnestra’s tortured guilt over the murder of Agamemnon. Examining how religion and fear control people should be a theatrical godsend. But the multi-disciplinary approach of director David Furlong ends up messy – a gnomic nightmare of techniques with a laboured pace that is purgatorial.

The cast suffers from characterisations that seldom work and ideas about presenting myth that never take off. Raul Fernandes proves one exception, as a rather natty Jupiter, who is allowed ambiguity. But attempts at modernising the story look cheap. While there’s good work from Soraya Spiers, attempts at physicality, from hand gestures to running around the stage, are generally poor. The “half human creatures”, by turn the populace and the Furies, come close to being embarrassing in their gowns and pointy hats, then fishnet tights and high heels. There are simply too many predictable attempts to be odd for the sake of it. Yet another problem (oh dear) is the live soundtrack. Not that the music is bad or poorly performed – by a group called A Riot In Heaven – but it proves distracting and the cast have to fight with it. Audibility is an issue too many times.

There’s a little more joy with the central roles of Electra and Orestes, played by Meena Rayann and Samy Elkhatib. Their youthful appeal suits both play and production. Injecting energy into some admittedly stilted lines proves a sometimes painful struggle. Elkhatib even has to use the word swashbuckling and ends up wooden too often, while Rayann appears too eager, too mad too quickly. Lessons could be learned from Juliet Dante who, fittingly, takes the part of The Tutor with calm. It’s not just appropriate to the role but makes the performance feel less forced. Rayaan and Elkhatib get better as the show goes on, and Electra’s bad faith and Orestes’ turn as a rock star are at least interesting.

To see Sartre mapped on to a Greek story is fascinating. It illuminates his philosophy as well as the classical tradition and calls into question cultural heritage. Existentialism may not be fashionable right now, but these ideas changed lives, and Sartre’s radical freedom can still shock and excite. It’s not that Exchange Theatre prevents his work from being clear – that would be unforgivable. But the production does nothing to serve him. Bad ideas circle the show like flies around… well, you know the saying.