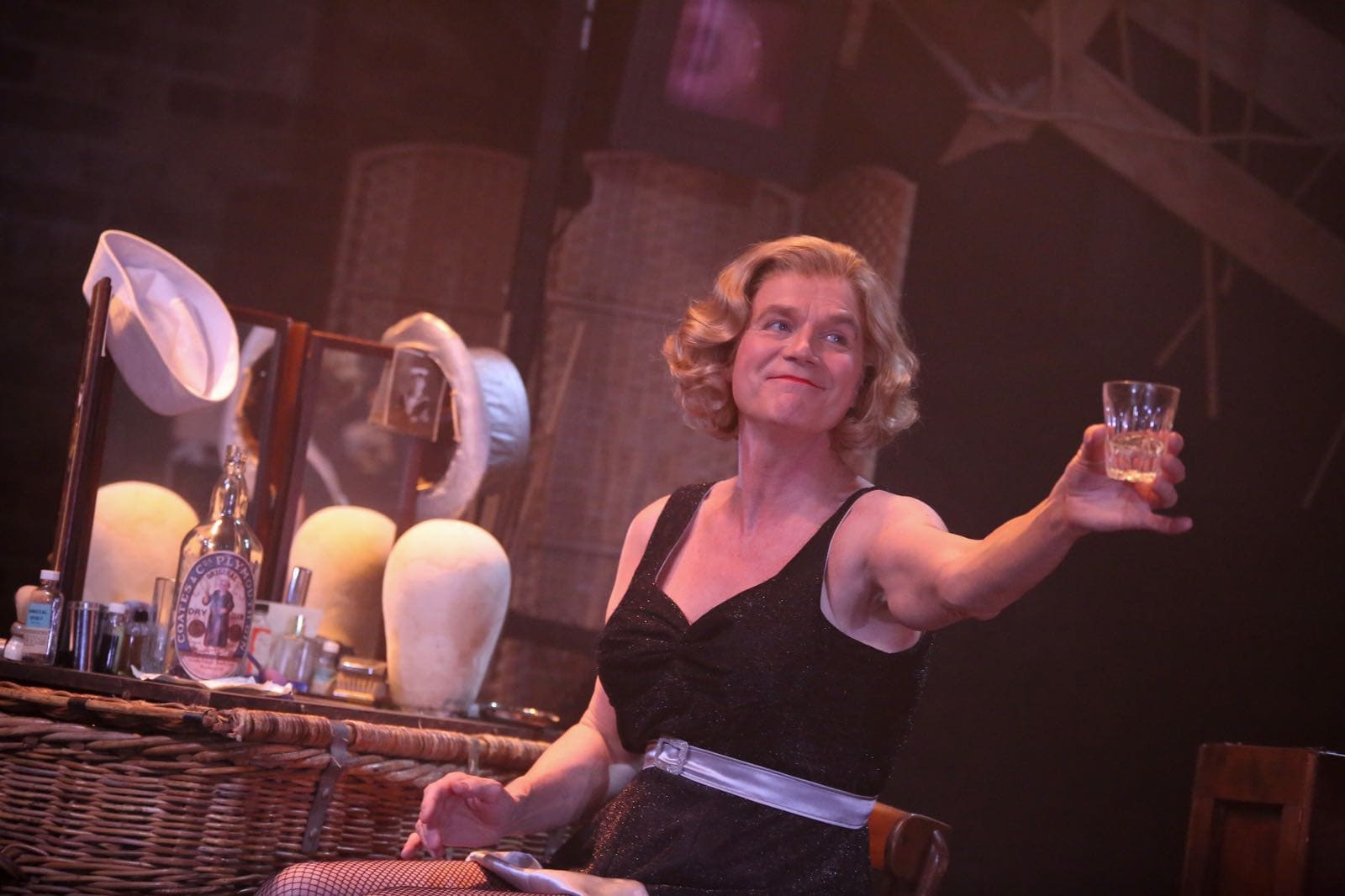 It’s the aim of the singing and dancing soldiers in Peter Nichols’ play to entertain the troops with light-hearted fun. The piece is structured around their musical numbers, written by Denis King, which break up backstage drama and the story of Malayan independence. But it is themes of the isolation of Brits abroad – and an empire in decline – that are emphasised by director Kirk James in his thoughtful, provocative, revival.

You don’t need to be a snowflake Millennial to find the colonial attitudes parodied here tough at times – that’s Nichols’ point and James doesn’t shy away from it. The racism is pervasive and wince-worthy. The sexism has an uncomfortable topicality, since the play’s only woman is in show business. It makes the role of the mixed-race Sylvia particularly weighted and Martha Pothen is vital in managing to make the issues part of her character’s lived experience. Pothen’s isn’t the only impressive stage debut: Mikey Howe plays the sole indigene, standing out while remaining speechless throughout, and Matt Hayden as the indomitable Eric should also be proud of his performance.

Back to all that grim prejudice. The homophobia in army life shows Kirk’s strategy. As the entertainment corps is a refuge for the gay men who work there, it’s something to celebrate. The performers are held together capably by Simon Green as Terri, “an Officer and a Lady”, in charge of his fellow ‘theatricals’. His defiance is delicious and the direct addresses to the audience show what an experienced professional Green is. But this tolerance is rare and highlighting it as exceptional creates considerable tension, aided by Matt Beveridge’s criminal and bullying Drummond.

You might miss the sense of contrast that King’s songs provide Privates On Parade. There is little relief here and most of the jokes are allowed to leave a bitter taste. It’s with a sense of resignation that the dangerously clueless commander, a role capably tackled by Callum Coates, gets his moment to shine with a pointless military escapade. As for the fate of the show’s young hero figure, who acts as the narrator, his corruption is similarly predictable – although Samuel Curry’s performance makes it nonetheless a sad affair. James has created a melancholy show that many might feel suitable to our downbeat times – it aids the poignancy of Nichols’ script and contains a smouldering anger that makes it memorable.