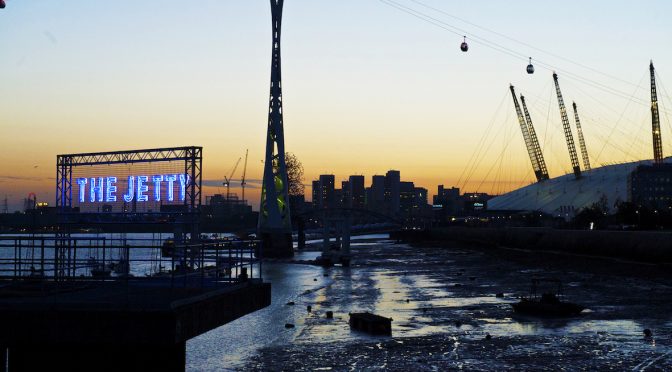 A stay at the Heartbreak Hotel will be a disappointment for those who love the current trend for immersive theatre. The show is really only immersive if your definition of such is shuffling around a pre-fab cluttered with bric-a-brac. And flagging the play as ‘unique’ only serves to highlight that other theatre companies have used real hotels far more effectively. The performers’ valiant attempts at interaction simply feel like fillers between sketches.

Something, too, has gone awry with the play’s script, possibly edited into incomprehension, with established characters disappearing and mooted ideas quickly abandoned. The weakest element is a feeble satire based on a twisted self-help programme called A.C.H.E. – Achieving Creative Heartfelt Experience. The idea is thin enough to be insulting but hasn’t got off the ground before everyone is traipsed up to the roof (which admittedly has a lovely view) for a “keynote speech” from its charisma-less developer. We have been given only a “glimpse” of the project, we didn’t need telling that, but this is a recruitment drive that I don’t think anyone should check-in for.