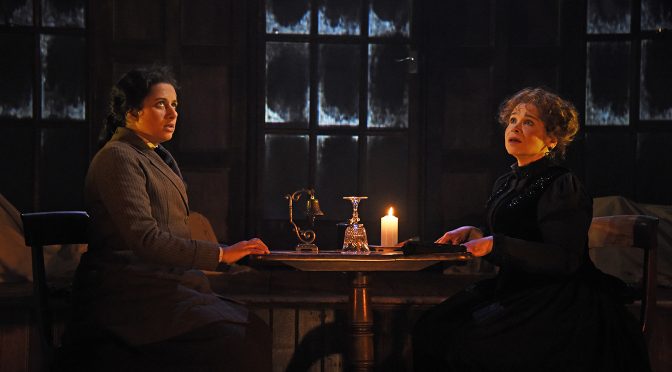 Who doesn’t love a ghost story at Christmas? With London’s oldest surviving music hall as a venue, director Justin Audibert’s show has a great start – even a chill in the auditorium adds to the atmosphere.

Based on a story by Elizabeth Gaskell, writer Piers Torday’s tale isn’t that scary. Despite a seance in progress, in an abandoned house no less, it is the past that haunts the strong and spirited Hester. The Child in the Snow is a good yarn, well performed.

The action is set in 1918, which makes sense in terms of the fashion for spiritualism and as a specific moment in the history of Britain’s Empire. The theme of a colonial past is handled well and proves thought-provoking.

Maybe there’s too much trauma for young Hester? Returning to her childhood home to deal with her amnesia, she also has her experience as a nurse in France to deal with. Furthermore, there’s a lot of narration for the character. The descriptions are fine, but jar with the action of the seance underway. Safiyya Ingar, who takes the role of Hester, deserves praise.

The script’s clunky moments don’t hold back Debbie Chazen, who is excellent. Her Mrs Leonard, the Cockney medium Hester hires, is a delight. The comedy is superbly handled and the accent a real study. When Mrs Leonard’s usual spirit guide, a temperamental solicitor called Gerald, doesn’t appear, Chazen impresses more and more by taking on all the play’s other characters.

There are big problems with the off and on nature of the seance that structures the show. Ingar does well: retreating into her character’s childhood and convincing us as to the urgency of her search into the past. There’s a neat magic trick, a good set by Tom Piper, and strong lighting design Jess Bernberg. But it is really Chazen and her consistently strong comic touches that power the performance. While you might question laughing too much in a ghost story, she draws us into the action with great skill and saves a stumbling show. 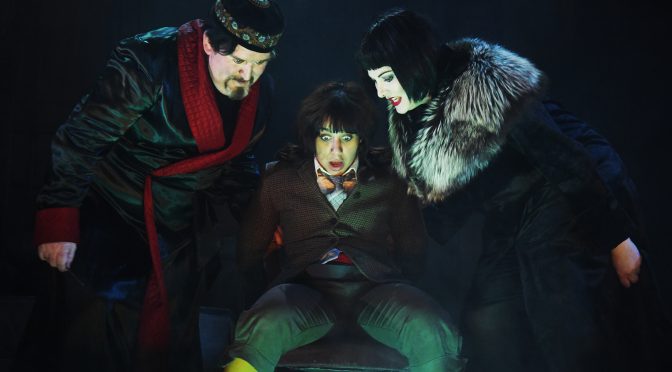