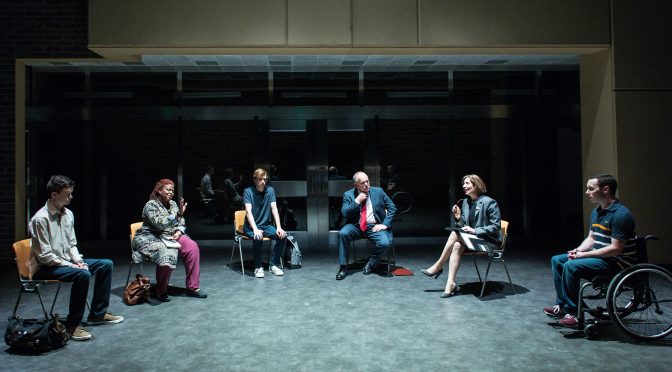 Contemporary American campus politics drive Christopher Shinn’s play, which sees the suicide of a gay student appropriated by college interest groups for their own ends. This university life is disorientating in its modernity and, for a serious, emotive topic, engenders a curiously cold work.

A crew of bland and earnest characters talk at, rather than to, one another. Debate infiltrates their personal lives, fuelled by self-obsession. Although the performances, strictly controlled by director Dominic Cooke, are fine, the cast struggles to leave impressions: the jock and his girlfriend, the guy in the wheelchair, the radical black professor – we get the point that diversity brings challenges. Shinn pokes fun rather than saying anything new.

Luke Newbury, in the lead role of Gabe, who occasionally expresses contrary opinions, provides the most appealing character. And Ryan McParland is impressive as the awkward titular character, bullied and living out his fantasies online. But the only roles that really stimulate are the college president with bigger ambitions – a nice comic job for Matthew Marsh ­– and a “controlling” student journalist, played by Oliver Johnstone, who provides the majority of tension in the play.

While the plot of Teddy Ferrara is a touch predictable and the sexual politics presented too bluntly, the way people currently communicate is cleverly revealed: there’s a lot of broadcasting and not enough conversation. As Gabe says, “the texting never stops” and nor do political slogans or buzzwords – “micro-aggression” was a new one for me.

The dialogue consists of an uncomfortable, often amusing, mix of cliché and jargon, teen vlog and academic journal. This is particularly noticeable in scenes of romance – for a play so much about sexuality, Teddy Ferrara takes pains to be unerotic. Everything the characters say sounds familiar, whether through social media or web cams, the committee room or a speech, self-help books or pornography. 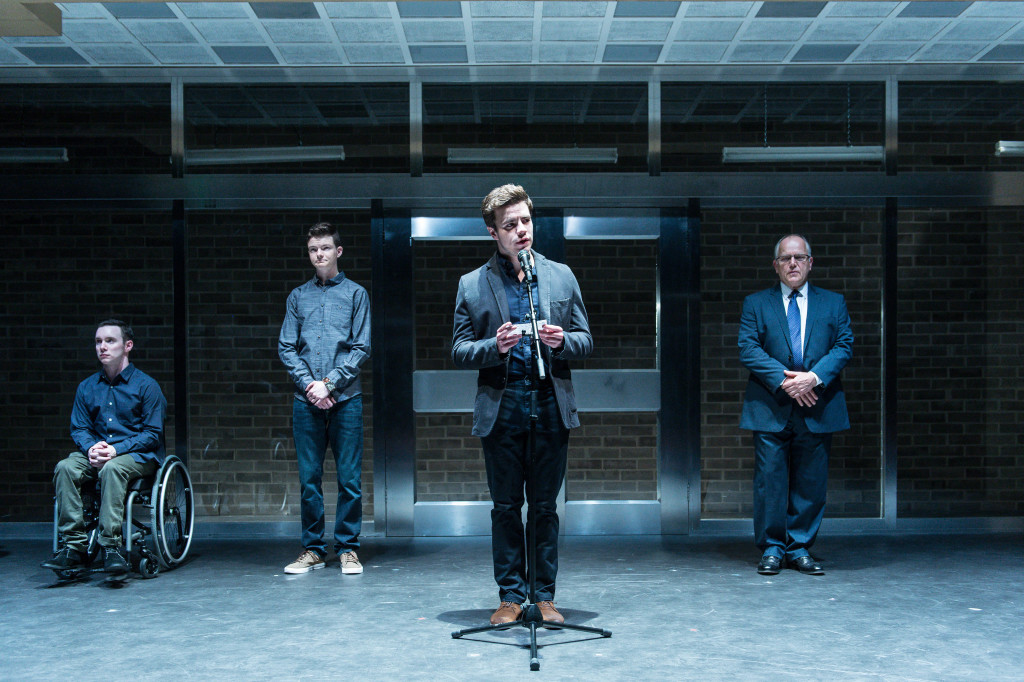 A memorial for Teddy, who none of the characters knew, leads to a clever conclusion. The remembrance silence, when everyone at last shuts up, makes for the most eloquent moment of the evening.