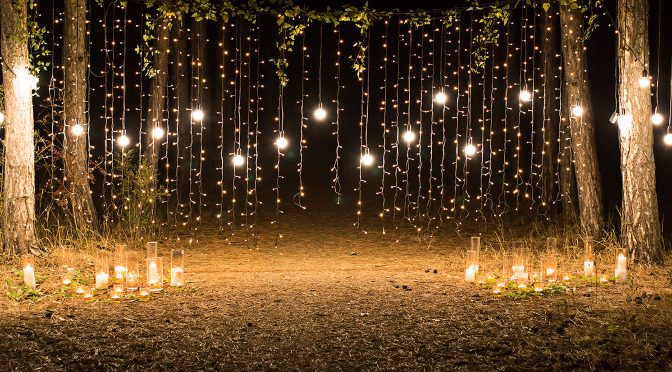 The disruption the coronavirus has brought to the theatre affects all aspects of the industry. Spare a thought for those trying to enter the business, starting in an uncertain profession, with their training disrupted and even fewer opportunities than usual. Determination and enterprise are needed more than ever and last night I saw plenty of both. Carrying on, against the odds, to present a previously cancelled graduation show makes this work, from students of the London College of Music, especially cheering.

Shakespeare’s ever popular romantic comedy is presented as part of a festival at the Royal Victoria Patriotic Building in Wandsworth. The stage is a courtyard with an imposing yew tree and the cast impress with a clear sense of the space. Further praise for all: the delivery is uniformly clear with hardly a line a lost despite Storm Francis and a flight path overhead.

Credit is shared with director Rachel Heyburn who has done well by her responsive crew, presenting a no-nonsense version of the show, less edited than most productions. I didn’t sense any nerves either, more a keen sense of enjoying performing – always appealing to an audience. Some lovely musical interludes added to the production’s charm.

It’s in the nature of reviews that not everyone is mentioned – apologies in advance. But the show has a clear leading man with Dominic Hyam’s Orlando, who makes the story very much his own. The youthful petulance the role requires is present alongside heroic touches. The central romance for Orlando could have more humour. Georga de la Cour’s Rosalind, always technically accomplished, is best alongside a charming Celia played by Savannah-Raé Gordon – there’s a great sense the two are friends.

The other love pageants that make up the play are all “truly play’d”, with unflagging energy. Again, a touch more humour might be expected. But there is fun with a waspish Jacques that allows Miles Griffin to stand out in the role. There’s a similarly impressive performance from Rob Hardie, who makes a socially distanced wrestling match a highlight and then takes on the role of a Lord of the Forest (showing off a lovely voice). In taking every chance to shine, Hardie is a good reminder of how exciting seeing new talent can be. A professional production all round, Heyburn makes sure the production is far more than a showcase and all involved should be proud.